Editor’s desk:Hell hath no fury like a woman scorned 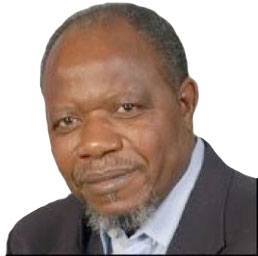 Some time mid-last year I sat down with a couple of long-lost friends for a cup of coffee in a café in Avondale.

Some time mid-last year I sat down with a couple of long-lost friends for a cup of coffee in a café in Avondale.

Tommy Sithole, former Editor of The Herald was back in Harare on holiday from Switzerland, where he is now Director of International Cooperation and Development with the International Olympic Committee. A former director of the Zimbabwe Olympic Committee, Sithole is arguably Zimbabwe’s most widely travelled citizen. He certainly would be my candidate for the position of Minister of Sport in any Zimbabwean government that values relevant qualifications when making ministerial appointments.

The third man at our table was Musekiwa Khumbula, a former officer in the Ministry of Information at Linquenda House during the good old days of permanent secretary of Information, Justin “Soft Guy” Nyoka and Abbey Rusike, father of the Rusike Brothers band.

Musekiwa subsequently became a staffer on The Sunday Mail before he ventured into business in his own right.

Now he is a senior executive with Innscor, where his office in Newlands is a favourite haunt for MDC and Zanu PF functionaries alike, as well as for the totally apolitical.

Back in the verandah of the café in Avondale, we sipped coffee and chatted about many fascinating current events, as well as about developments in our country over the many years of our separation. Then we simultaneously all espied former Information Minister, Jonathan Moyo, as he emerged from the café through a side door.

A regular target of vitriolic attacks in the independent newspapers, especially The Daily News, whose predecessor Moyo banned back in 2003, Moyo relentlessly churns out verbiage of his own. He targets those perceived to be his foes or to be simply unpatriotic, apart from pursuing issues on behalf of Zanu PF.

The new Daily News appears wholly unprepared to forgive the man widely viewed as a Zanu PF apologist for banning the original Daily News, of which I was founding Editor-in-chief. Occasionally the newspaper digs up and re-publishes Moyo’s old anti-Zanu PF diatribe in order to place his current pro-Zanu PF dissertations in their proper political context. Moyo saw the three of us; immediately changed direction and made a beeline for our table.

Uninvited, he pulled out a chair. After a round of greetings and an exchange of pleasantries, the former minister made it patently clear that he was not in any hurry to depart. After a somewhat embarrassing interlude we resumed our original political discourse, wandering from subject to subject, with Moyo assuming an increasingly dominant role.

“What would you say if you were requested to submit two pieces of advice to President Mugabe through me,” Moyo inquired, his gaze fixed pointedly and unflinchingly at me.

Without hesitation, I looked Moyo straight in the eye and responded: “In the first instance, I would request the President to appreciate that Zimbabwe belongs to all of its citizens; including those who are not members of his Zanu PF party.

“Secondly, I would kindly request His Excellency to mount a platform and make an unequivocal public pronouncement, enjoining all Zimbabweans, members of his own party especially, to desist from engaging in political violence. If this presidential pronouncement was repeatedly broadcast on radio and TV, while being published in all sections of the press, it would go a long way to bring the spectre of pubic violence to an absolute end, especially if it was reciprocated by his counterpart, Prime Minister Morgan Tsvangirai, president of the Movement for Democratic Change.”

For good measure, I suggested that Moyo himself could utilise his residual influence at the national broadcaster to ensure that the mandarins at Pockets Hill appreciate the fact that Dr Tafataona Mahoso and Messrs Vimbai Chivaura and Claude Mararike are certainly not the collective repository of all useful knowledge about our country. The quality of dialogue on radio and television would be enhanced through invitation of participants other than the said three.

I never met Moyo again since that day. So I do not know if the President ever received my message.

Talking of Prime Minister Tsvangirai, this week he experienced an eye-ball to eye-ball encounter with the wholly devastating implications of the quote by English playwright and poet, William Congreve: “Heaven has no rage like love to hatred turned, Nor hell a fury like a woman scorned.”

While he was comfortably ensconced at the 2012 Democratic National Convention in Charlotte, North Carolina, in the United States of America, Locardia Karimatsenga Tembo, his alleged wife of exceedingly brief duration in 2011, seized on the opportunity to inflict maximum embarrassment on the person of the Prime Minister.

Not only did Karima tsenga make a claim for maintenance, which her lawyers pegged at an astounding US$15 000, claiming that her alleged husband had introduced her to a life of luxury during the two weeks of their co-habitation. She then proceeded to institute legal proceedings at the High Court seeking to prevent the Prime Minister’s forthcoming wedding to Elizabeth Macheka from taking place this week.

Tsvangirai paid an equally mind-boggling US$35 000 by way of lobola for Karimatsenga Tembo in November 2011 before dropping her unceremoniously two weeks later and engaging Macheka a few months later.

However strong the temptation, and whatever the advice of aids, the Honourable Minister is hereby kindly advised to desist from engaging in a sustained public war of words with Ms Karimatsenga Tembo, especially on the front pages of Harare’s newspapers.

The only beneficiary to emerge from such combat is Karimatsenga Tembo — and the circulation managers of the newspapers peddling the salacious tales. She has little or absolutely nothing to lose. She has already been taken to the limits of mortal embarrassment.

The Prime Minister has much to lose.

In any case, it is most certainly below the dignity required of the office of Prime Minister to indulge in a public fight with his allegedly estranged alleged spouse. It is easy to blame journalists for their marital trials and tribulations, but politicians must strive to protect their own images.

Geoffrey Nyarota, the founding Editor-in-Chief of The Daily News, is a journalist and author. He is the CEO of Buffalo Communication, a company which publishes magazines.