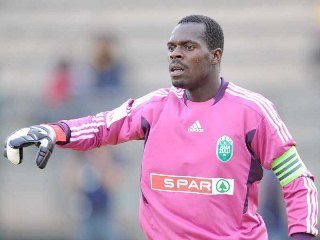 Warriors captain and goalkeeper Tapuwa Kapini is seeking audience with Zimbabwe Football Association (Zifa) president Cuthbert Dube to discuss a series of misfortunes that have beset the senior national team.

Zifa last month dissolved the national team after the Warriors’ Africa Cup of Nations (Afcon) campaign crumbled in spectacular fashion following a 2-0 away defeat to Angola having won the first leg 3-1.

This, together with junior national team’s failure to fulfil away assignments, has underlined the grim state of Zimbabwean football.

Kapini said he would approach Dube together with some senior national team players.

“I am planning to team up with other senior players so that we engage the president [Dube] and tell him the players’ side of the story. I know him as a man who listens to players and I hope our meeting with him will be able to address some of the issues that affect the team,” Kapini said.

“But the major stumbling block here is time constraints due to our tight season schedules. The ideal time to meet the president would be during the Christmas holidays but most of the guys will be with their families.”

The Zifa board’s decision to disband the national team was received with widespread condemnation from across the football divide.

Coach Rahman Gumbo, whose tactics have always been questionable, was surprisingly spared the axe. Kapini said the players were not to blame and pleaded with Zifa to reverse the decision to disband the national team.

“I do not think such kind of decision is fair on the part of players looking at the effort we put. The situation here is a bit tricky; how can you say you are building the national team while there is no junior policy. Zifa just need to look into it and consider what the fans want. Yes, we need results, but this is not the best way to go about it. The problem is that we cannot argue with them [Zifa] because we have no power,” Kapini said.

Last month the AmaZulu skipper was quoted in local media as contemplating to retirement.

“I am still going strong. I love my country and still have the willpower to continue. Look, Bruce Grobbelaar played until in his 40s and Brenna Msiska retired in his late 30s so I am still around,” he said.

Another senior player Esrom Nyandoro who, like Kapini, has played in two Afcon finals, also questioned the logic behind the disbandment. “The bad thing is that we just read it in the papers that the national team has been disbanded. At least they should have faced us and say whatever they had decided,” said Nyandoro.

“At the end of the day it is their decision and we hope it is in the best interest of our football’s development. If it benefits the national team, so be it.

“The biggest question here is that where now do we start? What leaves some questions unanswered is that we have no Under-17s or Under-20s who are ready to replace us. So what is the logic behind dissolving the whole senior team,” said Nyandoro.

The utility player hinted retirement soon after the Warriors victory over Angola in Harare but said he would announce his official position with the Warriors in January after sitting with his management team. Khama Billiat, arguably the Warriors star player in the failed campaign, poured out his heart. “Obviously my heart is bleeding. They can do whatever they think and we have no power to object,” Billiat said.