How Mine bow out 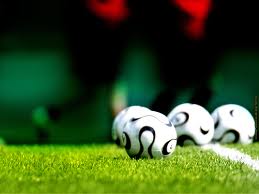 HOW Mine bowed out of the 2014 CAF Confederation Cup following a 2-0 loss to Bayelsa United FC of Nigeria in the second round second leg tie at Sapele Stadium yesterday.

HOW Mine bowed out of the 2014 CAF Confederation Cup following a 2-0 loss to Bayelsa United FC of Nigeria in the second round second leg tie at Sapele Stadium yesterday.

Bayelsa United proceed to the group stages on a 3-2 aggregate. The gold miners went into the match with a slim 2-1 lead from the first leg encounter but failed to score away from home, giving the West Africans the opportunity to proceed to the next stage.

Jafar Buhari and Azubuike Okechukwu scored in the 56th and 81st minutes respectively for Bayelsa to sail through.

The Nigerian side had vowed to beat How Mine in the return leg to avoid a major upset in the competition.

Bayelsa United coach Richard Bubagha’s side has in the past reached the semi-final of the Confederation Cup while for coach Philani “Beefy” Ncube’s side it was an achievement for them to reach the second round of the competition.

Bubagha went into the match determined to beat the gold miners following their loss in Bulawayo. He said they knew the team’s strengths and weaknesses and they were working on what they had seen in Bulawayo.

Striker Kuda Musharu who scored most of the goals for How Mine from the preliminary round failed to score against Bayelsa.

How Mine performed well in the Confederation Cup to reach the second round of the tournament as this was their maiden appearance in the African showcase after playing one season in the Premier Soccer League.

They were promoted to the Premier Soccer League last season and reached the final of the country’s major cup tournament, the Mbada Diamonds Cup, which they lost 3-0 to Highlanders.

Highlanders are still serving a Caf censure and could not take part in the Confederation Cup, making way for How Mine.

CAF Confederation Cup How Mine
Share this article on social