Jonathan Moyo deserves a pat on the back 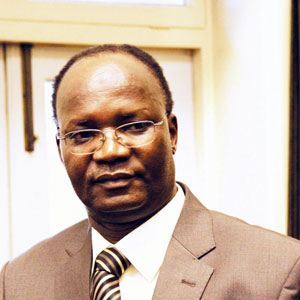 Speaking at the funeral of veteran journalist, Nathan Shamuyarira, President Robert Mugabe branded the minister of Information, Media and Broadcasting Services Jonathan Moyo a “devil incarnate” because he appointed editors of state-owned newspapers — people who used to work for the independent media and who were critics of Zanu PF.

Mugabe said, “I am saying this because all the men we had, who were leading the newspapers were fired and replaced by those from the MDC.”

It is alleged that at a recent Zanu PF Politburo meeting President Mugabe had ordered the dismissal of the journalists appointed by Moyo claiming that they were sourced from institutions that were advocating for “regime change.” However, later, Zanu PF spokesperson Rugare Gumbo said Mugabe had only ordered an audit into the appointments of the editors. He said, “What I know is that the President said the appointments should be investigated. He never said the editors should be withdrawn.”

But even though; investigated for what? We might as well be living in China or Russia. To most thinking Zimbabweans, Moyo is a real hero.

When he was appointed minister he looked at the state-owned media and was disgusted by what he saw. He decided to be faithful to his constitutional mandate by cleaning out the mess in order to give Zimbabweans the media they deserve. Many Zimbabweans no longer bother to watch ZBC or read state-owned newspapers.

Instead of informing, educating and entertaining the people, which are the real objectives of professional journalism, the state media was turned into propaganda engines for one political party, even though Zimbabweans, who are the owners, belong to different political parties.

Instead of selecting the best qualified journalists from among all Zimbabweans the state media was employing so-called journalists whose only qualification is being supporters and praise singers of the ruling party.

They are not supposed to criticise the party on any issue. To do so would mean that they are sympathisers of the opposition who are aiming to destroy Zanu PF from within.

Moyo has been labelled a “weevil” and “the devil incarnate,” by the highest office in the land. What did he do to deserve this? Since his surprise return to the ministry, Moyo went on a charm offensive, visiting media houses in the country and engaging stakeholders in the industry which is regarded as polarised.

He started cleaning the rot at ZBC, which was saddled with debts running into millions of dollars, amid allegations of corruption and mismanagement which saw workers going for seven months without salaries.

He dissolved the Cuthbert Dube-led ZBC board and suspended the chief executive officer, Happison Muchechetere.

Moyo went on to create the Information and Media Panel of Inquiry (Impi), mandated with examining professional standards and ethics in the media fraternity. Critics in Zanu-PF allege that Moyo was using the Geoff Nyarota chaired Impi to raise his profile.

Of course, this will raise Moyo’s profile. Zimbabwe desperately needs such a panel and having Geoff Nyarota chair it is icing on the cake. Nyarota is the real McCoy. His media savvy and experience has very few equals in Zimbabwe, if any. What he does not know about journalism is not worth knowing and if there is anybody who can steer Zimbabwe to real journalistic professionalism, it is him. Many of us were not happy with his decision to go into politics and were not sad when that escapade failed. His God-given place is in this country is the media.

Moyo also came out in support of journalists when police banned a World Press Freedom Day march on May 3, and has condemned the criminalisation of journalism. Are these the actions of a devil?

If they are, then, dear Lord, let us all be devils. To any democratic and freedom loving Zimbabwean, these are the actions of a true patriot.

One would have expected the President to shower him with accolades for having the guts to do away with corruption, as he has always urged his ministers to do. Can we conclude then that President Mugabe is not sincere when he speaks publicly about the need to eradicate corruption?

Some are saying Moyo exposed corruption in the media and elsewhere as part of a Zanu PF factional power struggle between Emmerson Mnangagwa and Vice-President Joice Mujuru for the top job in the country. Whether this is true or not, the majority of Zimbabweans are not interested in power struggles within political parties. All they are interested in are ministers who are accountable to the people and are delivering the goods. Minister Moyo was doing just that.

The problem is that people who don’t understand or accept democracy don’t see any difference between the government and political parties, especially if their party happens to be the ruling party. They believe in a one party state and will not by any means, allow another political party to take over, even if it is the people’s wish.

President Mugabe described Moyo as “the exact opposite of the late former Information minister Shamuyarira, “who did not work against the interests of the party.” Indeed, Shamuyarira was a leading, if not the leading pioneer African journalist in Zimbabwe who possessed all the qualities described at his funeral.

He was a journalist par-excellence. All who knew him will agree with Mugabe when he said, the declared hero, Shamuyarira was a humble figure despite being very educated and that his direction was people oriented. I personally experienced that people orientation.

When I was growing up I admired the crop of African journalists of that era and wanted to be one. Shamuyarira was editor at African Newspapers. Among African journalists was Bill “Spambaniso” Saidi, with whom I grew up in Mbare. We used to call him “Mukoma Spamba,” since he was the oldest in our peer group.

One day, I showed Bill an article I had written. He advised me to go and show it to Shamuyarira. With fear and trepidation, I went up the flight of stairs to the big man’s office. He read it and said, “Very good.” It was published the next day. With his encouragement, I continued to write until today.

Like all human beings, Shamuyarira was fallible. He had his own weaknesses. He just did not have the character, personality and, therefore, the guts to stand up against Zanu PF bullies.

He was very different from the likes of James Chikerema, Edgar Tekere, Wilfred Mhanda and Margret Dongo. He however was not corrupt and therefore died poor.