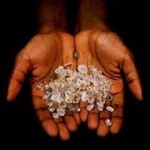 However, despite the abundance of such minerals, Zimbabwe is not deriving meaningful benefit from its mineral reserves as the country has always been exporting its mineral wealth in raw form, save for chrome.

Furthermore, the country is still grappling with the economic woes that have dogged the resource-rich nation over the past few decades.

Yet, the country has the potential of becoming the “mining basket” of southern Africa only if it can leverage its mineral wealth through beneficiation. Mineral beneficiation simply means adding value to minerals before exporting them.

For years, Zimbabwe has been exporting the majority of its minerals unprocessed. Against such a backdrop, the launching of a beneficiation policy by the troika of Zimbabwe Diamond Technology Centre, Beneficiation Association of Zimbabwe and the Jewellery Council of Zimbabwe, was both progressive and commendable. The policy was launched in December 2013.

Notwithstanding the adoption of a beneficiation policy, it is saddening to note that the policy is not being implemented. As a result, it remains to be seen whether this policy will save as a panacea to unlocking Zimbabwe’s economic opportunities.

Zimbabwe is too rich to be poor. If Zimbabwe can harness its mineral wealth through beneficiation, the current liquidity crunch would melt into oblivion. However, it should be stressed that the successful implementation of the policy will depend on a number of issues.

For instance, there is need for the various stakeholders in the mining sector to demonstrate their commitment with regards to the implementation of the policy. Simply launching the policy is not enough. There is need to walk the talk, for talk does not cook rice.

If we talk the walk without matching action, then the beneficiation policy would remain a mere declaration of intent. If we are serious about economic transformation, it’s high time we translate all our dreams, aspirations, objectives and targets from mere talks into tangible reality.

In addition, it is submitted that the government has to consider the revision of its foreign investment laws, including its mining and fiscal regimes. There is also need for coming up with a mining legal framework that both attracts investors at the same time promoting economic transformation. Credit, however, can be given to the current considerations on the revision of the Indigenisation and Economic Empowerment Act.

In my view, the construction of mineral processing plants by investors must be a requirement for the setting up of mining companies in Zimbabwe. Zimbabwe lacks a good infrastructural base, which is needed to start embarking on meaningful beneficiation. To this end, the need for a Government- Investor Partnership is desirous.

In this partnership, the Government may play a proactive role by providing funds for the setting up of mineral processing plants.

Proceed Manatsa is a registered lawyer, researcher and associate lecturer in the Private Law Department at Midlands State University. He writes in his personal capacity. He can be contacted at manatsap@msu.ac.zw.