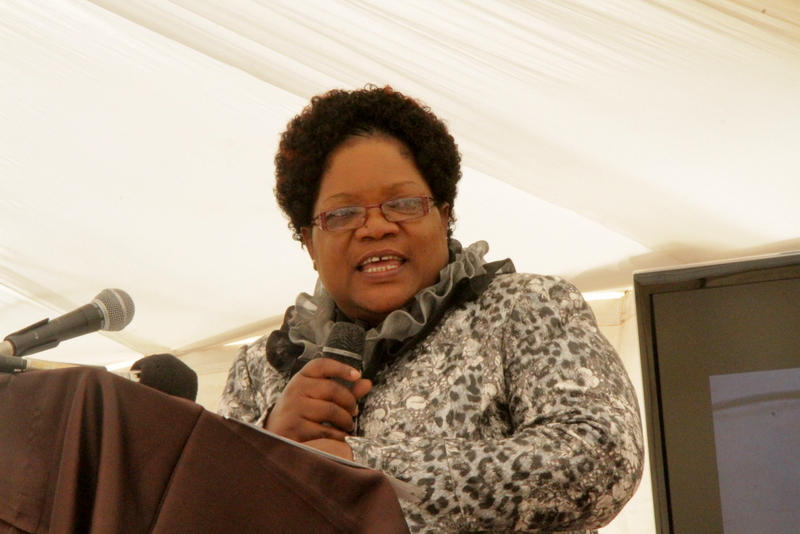 MDC-T says it has struck an agreement with other opposition parties, including a lobby linked to former Vice-President Joice Mujuru, to present a united front in its demands for electoral reforms

MDC-T says it has struck an agreement with other opposition parties, including a lobby linked to former Vice-President Joice Mujuru, to present a united front in its demands for electoral reforms ahead of the crucial 2018 elections.

MDC-T spokesperson Obert Gutu said the parties, including the People First (PF) movement linked to Mujuru, would start its joint campaign with a meeting with Botswana President Ian Khama.

Khama chairs the Southern African Development Community (Sadc), which pushed for an inclusive government after the controversial 2008 elections.

He was the lone voice in criticising the 2013 elections whose outcome was rejected by MDC-T.

Gutu said the initiative to lobby the region on Zimbabwe’s electoral reforms was mooted by more than 15 opposition parties that recently met in Harare.

The parties were represented by secretary-generals and agreed to endorse the MDC-T’s “no election no reforms campaign”.

Gutu said several other African leaders would be engaged to update them on the “Zimbabwean crisis”. “We are pleased that the buy-in for this document is overwhelming. It is not only an MDC affair, but 95% [other parties] had a buy-in on his document,” he said.

“It has been resolved that we escalate the fight for electoral reforms. We know President Mugabe rigged elections and we can’t just keep on saying that.

“The fight should take a step further and in the coming weeks, all leaders including [Dumiso] Dabengwa [Zapu], [Simba] Makoni [MKD] and other political parties will engage Sadc.

“We will be engaging the leadership of Sadc starting with President Khama to explain to him that this is what the people of Zimbabwe are saying.”

He added: “The delegation will be high-powered; the party leaders themselves will be going.”

“Our leaders will go into Africa and they will engage the United Nations and other relevant power-brokers,” Gutu claimed, adding the MDC-T national council, which met last week, endorsed the initiative.

However, Tendai Biti’s People’s Democratic Party, Elton Mangoma’s Renewal Democrats of Zimbabwe and Welshman Ncube’s MDC are not part of the initiative.

“We put demands as parties together with clear reforms. We said we will publicise our demands and ensure their availability to Zimbabweans, Sadc and AU,” Chivasa said.

But PF spokesperson Rugare Gumbo yesterday said he was not aware of such an arrangement.

“Not anything I know of,” Gumbo said. “I would have known but I don’t know about that.”

Tsvangirai has been courting Mujuru for a possible alliance ahead of the crucial polls. Zanu PF is resisting the calls for reforms.