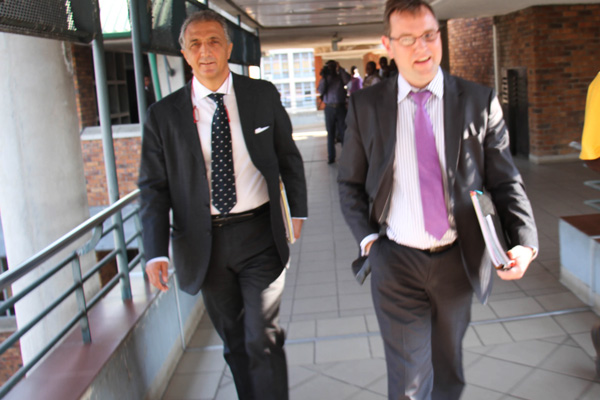 The International Monetary Fund (IMF) last week said Zimbabwe had met the targets under the Staff Monitored Programme (SMP). In this question and answer with business reporter Victoria Mtomba (VM), IMF’s head of delegation to Zimbabwe Domenico Fanizza speaks of the SMP and the way forward for the country. Below are excerpts of the interview.

The International Monetary Fund (IMF) last week said Zimbabwe had met the targets under the Staff Monitored Programme (SMP). In this question and answer with business reporter Victoria Mtomba (VM), IMF’s head of delegation to Zimbabwe Domenico Fanizza speaks of the SMP and the way forward for the country. Below are excerpts of the interview.

VM: What were the notable achievements on the economy in your reviews of the SMP?

DF: It has been one and half years and the programme was not intended to be a comprehensive reform programme. Instead, it’s a limited set of actions for the country. A track record of good macroeconomic management, particularly keeping a balanced fiscal position which by and large has been achieved. We managed to keep employment costs well below the budget amounts. Actually, it’s a first step towards savings; wages costs in Zimbabwe are high.

VM: Can you say the economy has been on a recovery path for the one and half years that it was under the SMP? How do you describe developments in the Zimbabwean economy?

DF: The economy has been suffering because of drought, low international prices of Zimbabwean exports, the South Africa rand depreciation which has hit Zimbabwe hard and the underlying problems in the Zimbabwean economy. The final review of the Staff Monitored Programme was not meant to address that because it’s a short-term programme to strengthen macroeconomic stability and also, we wanted to show that Zimbabwe has capacity to implement the kind of structural reforms that would be required under a more ambitious programme with the fund.

VM: Which areas had significant improvements?

DF: There have been improvements in the financial sector and it is now in a better shape than it used to be and in public finance management.

Now that the programme is completed, the real work starts and [it] requires developing a comprehensive economic reform programme to be presented to creditors — the boards of the IMF and World Bank and the African Development Bank — as a basis for renewed support. Now the approach has to be different in the medium term.

VM: We understand that you will go to the IMF board with the report on what has been happening in the country under the SMP. Do you think Zimbabwe will be given the go ahead to pay the arrears? DF: We hope so. There is no decision to be taken at the meeting. It is an important opportunity for Zimbabwe to build consensus. At that meeting, the authorities would have not yet paid the arrears to the fund. It will be a general discussion. It is important and will relay consensus to creditors.

We may be in a position to move the process along. It’s a consensus building process.

After the authorities pay the arrears we will start negotiating a possible programme for Zimbabwe. That, however, would need a decision by and the approval of the IMF executive board.

VM: May you describe how the process works?

DF: We have to first solve the arrears, then we do negotiations with authorities and another mission comes here for agreement on the programme. If everything goes well, the staff can present to the board of the fund, the programme for which Zimbabwe can seek financial support.

We will do negotiations, what needs to be done, how and similarly, what we did within a smaller scale like the Staff Monitored Programme.

VM: When is Zimbabwe expected to pay the $1,8 billion arrears?

DF: It depends with the authorities [Zimbabwe government] and depends on the tone of the discussions at the May 2 board meeting. There is no clear timeline on all this. We hope soon. In order to happen soon, all the stars have to be aligned. The authorities have to show commitment to the reforms, they have already started.

VM: What needs to be done in the medium term?

VM: What will be the immediate benefit for the country?

DF: There will be no restriction for Zimbabwe in dealing with the IMF; there will be concrete access to financial resources from the fund and that’s the big potato.