Zimbabwe should be aware of history 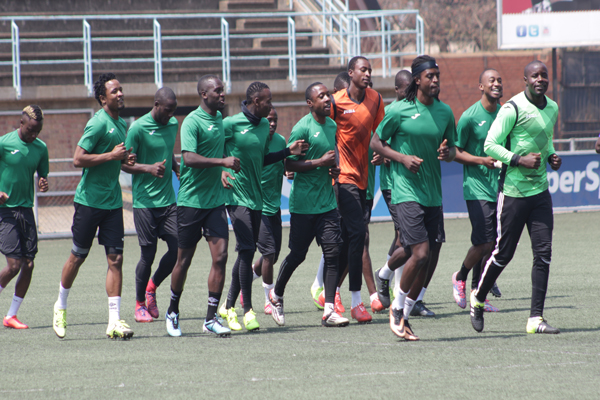 There is palpable excitement in the country following Zimbabwe’s 4-0 spanking of Swaziland, but that excitement could turn to naught should Zimbabwe fail to qualify for the 2017 Africa Cup of Nations finals.

There is palpable excitement in the country following Zimbabwe’s 4-0 spanking of Swaziland, but that excitement could turn to naught should Zimbabwe fail to qualify for the 2017 Africa Cup of Nations finals.

History has shown that the Warriors have in the past raised people’s hopes, only for them to falter at the last minute, leaving their fans disappointed.

In 1991, needing an outright win against Congo Brazzavile at the National Sports Stadium to qualify for the 1992 finals, a Moses Chunga-captained Dream Team conceded a last-minute goal to settle for a two-all draw and hand the Congolese the passage to the finals.

The same happened at the National Sports Stadium in 1993 when the team was held to a one-all draw by Zambia after conceding a last-minute Kalusha Bwalya header, to miss out of a place in the 1994 finals where the Zambians went on to reach the Nations Cup final before losing 2-1 to a Rashid Yekini-inspired Nigeria.

Four years ago, the Warriors needed a draw or a 1-0 loss to qualify for the 2013 finals after having beaten Angola 3-1 at home. But, even with residential stands on offer as reward for qualification and $500 000 having been raised to make the Luanda trip a reality — they travelled to Luanda on a chartered plane — the Warriors conceded two early goals, burying Zimbabwe on goal difference.

These events should be enough to warn Zimbabweans that although the Warriors are three points at the top of the table with only two matches to go, we are not yet at the 2017 finals in Gabon.

Only after we beat Malawi at the National Sports Stadium on June 2, should the nation start celebrating. But as things stand right now, Zimbabwe — just like any other team in the chasing pack — has an equal chance of qualifying.

A draw against the Flames will also be disastrous as there is a chance that Guinea will overcome Swaziland away from home, and then finish the Warriors off in Conakry.

Fine, the Warriors plundered four goals past Swaziland, but the rules are clear, that in the event of teams finishing with the same number of points, the head to head rule will apply.

According to CAF, if two teams end with the same number of points, the rules which will apply are as follows. l Number of points obtained in games between the teams concerned ONLY.

l Goal difference in games between the teams concerned ONLY.

l Goals scored in games between the teams concerned ONLY.

l Away goals scored in games ONLY between the concerned teams.

It is only after the above four rules have been applied and fail to separate the two teams that the goal difference in all group matches would be considered.

Zimbabwe might not want that to happen, considering that Guinea played a one-all draw at Rufaro Stadium.

Sure enough, the Warriors pulled four goals past the Swazi goalkeeper, but their performance cannot be described as spectacular. They have not yet jelled as a team and coach Kalisto Pasuwa appears to still be experimenting.

The good thing though, is that the game against Malawi will come when the South African and European soccer programmes will be on break. This will give the Zimbabwe Football Association the chance to organise one or two friendly matches without worrying much about airfares as the players would most likely be back home to visit their families at their own cost.

The friendly matches should not be against the likes of South Africa or Nigeria who no longer have anything to play for but against opposition such as Zambia, the Democratic Republic of Congo or even Congo Brazzaville.

Surely, the Warriors are in the driving seat now, but it is too early to celebrate qualification. History has shown that.