Pulling together can help end inequality 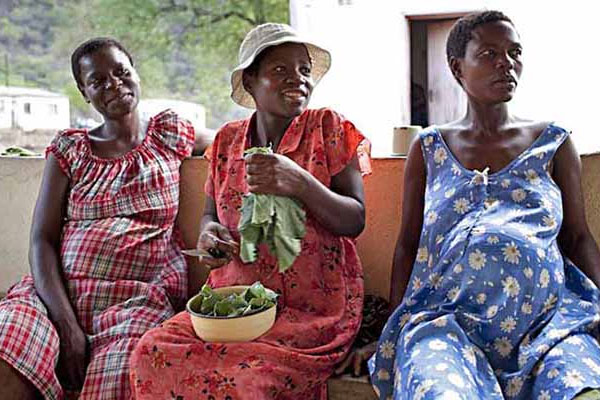 The United Nations Population Fund (UNFPA)’s flagship, the State of the World Population Report 2017, was released on Tuesday and it shows a considerable gap in gender equality and equity.

The United Nations Population Fund (UNFPA)’s flagship, the State of the World Population Report 2017, was released on Tuesday and it shows a considerable gap in gender equality and equity.

According to the report entitled, Worlds Apart: Reproductive Health and Rights in an Age of Inequality, there is need to invest more resources to tackle the inequalities that prevent the poorest women and girls from accessing sexual reproductive health and rights in order for countries to attain their development goals.

The costs of inequalities, including in sexual and reproductive health and rights, could extend to the entire global community’s goals, adds the new UNFPA report.

Zimbabwe, just like any other developing country, is riddled with harmful practices, rituals and attitudes which perpetuate gender inequality.

Although gender sensitisation workshops have been held across the country with the aim of transforming society to be more sensitive to women’s economic and social rights as well as gender equality and equity issues, women continue to suffer at the hands of harmful practices.

“Inequality in countries today is not only about the haves and have-nots,” said UNFPA executive director Natalia Kanem. “Inequality is increasingly about the cans and cannots. Poor women who lack the means to make their own decisions about family size or who are in poor health because of inadequate reproductive health care dominate the ranks of the cannots.”

In its endeavour to create an enabling environment for the attainment of equity and equality between women and men, Zimbabwe has ratified various international conventions and declarations on gender equality — the Convention on the Elimination of All Forms of Discrimination against Women (1979), the Beijing Platform for Action (1995) and the Sadc Gender and Development Declaration (1997).

Zimbabwe has put in place various national legislative instruments aimed at guaranteeing women’s legal and constitutional rights, these include; the Labour Relations Act of 1984 and now the Labour Act of 2000, the Legal Age of Majority Act of 1985, the Taxation Act of 1990, the Deeds Registry Amendment Act of 1991, the White Paper on Marriage Inheritance of 1994, the Administration of Estates Act of 1997, the Sexual Offences Act of 2002 and the Domestic Violence Act of 2007.

Despite these efforts to bring about gender awareness at various levels in society, many women and girls are still trapped in a vicious cycle of poverty, diminished capabilities, unfulfilled human rights and unrealised potential.

According to the State of the World Population Report 2017, within most developing countries, women in the poorest 20% of the population have, for example, the least access to sexual and reproductive health services, including contraception, while women at the top of the wealth scale generally have access to a fuller range of high-quality services.

The government of Zimbabwe in collaboration with the civil society have tried to create an “enabling” terrain for society to be more receptive to gender equality and equity issues.

Kanem said pulling a world that was apart closer together would not be easy, but it was feasible.

“Countries that want to tackle economic inequality can start by tackling other inequalities, such as reproductive health and rights, and tearing down social, institutional and other obstacles that prevent women from realising their full potential,” Kanem said.

The UNFPA estimates that limited access to family planning translates into 89 million unintended pregnancies and 48 million abortions in poorer countries each year, which can limit women’s future ambitions.

Though efforts continue to be made in improving the plight of women and availing better opportunities, which include access to education and health as well as the laws that seek to end early child marriages, government continues to pay lip service towards meeting its international obligations in ensuring gender parity.

“A number of initiatives need to be put in place, ensuring equality in the world of work is key,” said social commentator Admire Mare.

“Representation of males and females in Parliament and politics in general help narrow the gender gap. Inequalities are also pronounced at the level of incomes, so there is need to look at our recruitment and remuneration policies.

Mare said legislative and enforcement role was more important. He said there was need for the implementation and adherence to constitutional provisions, which guarantee gender parity.

Section 17 of the Constitution, for example compels the state to:

“… take all measures, including legislative measures needed to ensure that

(i) both genders are equally represented in all institutions and agencies of government at every level; and

(ii) women constitute at least half the membership of all commissions and other elective and appointed governmental bodies established by or under this Constitution or any act of Parliament.

“At the level of social development, there is need for progressive laws and interventions,” Mare said.

According to the State of the World Population Report 2017, expanding access to sexual and reproductive health services was only half the solution.

“The other half depends on how well we address the other dimensions of inequality that hold women, particularly the poor, back from realising their rights and ambitions, and living their lives on an equal footing to men,” the report said. “We will all benefit — if we all get involved in making a hopeful vision a global reality. We can transform our world.”

Kanem said making reproductive health care universally accessible does not only helps fulfil a poor woman’s reproductive rights, but also helps her overcome inequalities in education and income, with benefits that accrue to her, her family and her country.

Fresh voters’ roll headache for Zec
Section 21 (3) of the Electoral Act makes it mandatory for Zec to provide the voters’ roll to any person who requests it.
News
By Tafadzwa Kachiko
20h ago

By Tafadzwa Kachiko 20h ago
‘Rigging’ Mwonzora in eye of storm