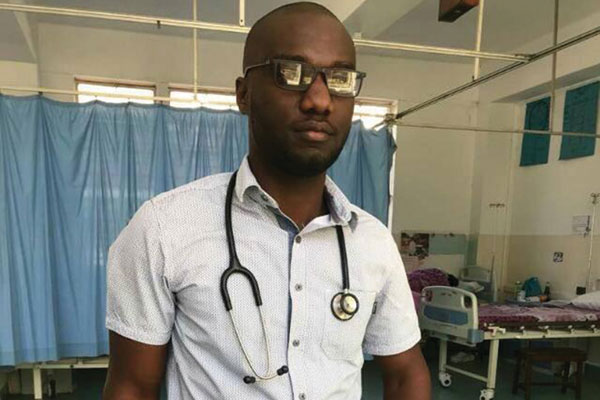 Striking junior doctors last night rejected a deal that was signed between government and Apex team leaders which could have seen an end to the month-long industrial action saying they did not agree to the proposals tabled by the employer.

Striking junior doctors last night rejected a deal that was signed between government and Apex team leaders which could have seen an end to the month-long industrial action saying they did not agree to the proposals tabled by the employer.

Zimbabwe Hospital Doctors’ Association (ZHDA) secretary-general Mthabisi Bhebhe told The Standard last night that a deal that had been reached between a group of doctors and the employer was unacceptable and as the association representing the health workers, they did not append their signatures to it.

“The person who signed the deal is only an Apex representative. He does not speak on behalf of the doctors. We refused to counter-sign the agreement because we do not agree with a number of issues contained in the so-called agreement. In short, the strike is still on. It is unfortunate that government wants to play to the gallery with facts,” Bhebhe said.

According to the deal that was signed by one T A Zigora representing government and a P Chivese on behalf of the workers, the striking doctors have 48 hours to return to work while disciplinary issues that had been raised against them would be dealt with by their seniors and not the Health Services Board.

The deal also stated that the doctors were not to be paid December salaries, but would be paid money in lieu of their leave days.

“Based on this agreement, ZHDA will engage its members who are on industrial action to go back to work within the next 48 hours,” reads part of the deal.

The deal also stated that donor-funded allowances would be paid in the currency the funder would have availed to government and the state undertook to review working hours for junior doctors. The state also agreed to review salaries for doctors in April, but rejected a proposal to pay the health workers’ salaries in foreign currency.

Fresh voters’ roll headache for Zec
Section 21 (3) of the Electoral Act makes it mandatory for Zec to provide the voters’ roll to any person who requests it.
News
By Tafadzwa Kachiko
22h ago

UZ exam paper leaks under probe
Section 53(g) of the Legal Practitioners Act provides that the LSZ shall encourage and promote the study of law and jurisprudence.
News
By Nqobani Ndlovu
23h ago

By Tafadzwa Kachiko 22h ago
‘Rigging’ Mwonzora in eye of storm