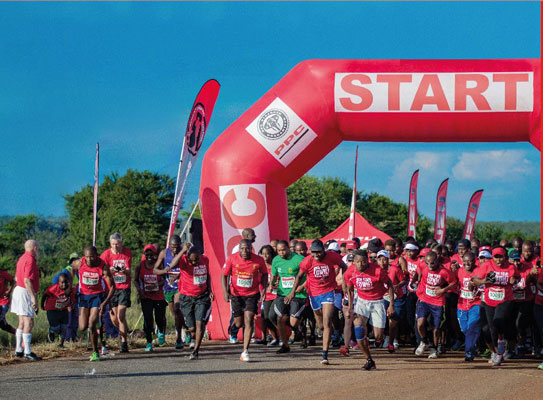 Chimbidzikai, who faced a serious challenge from Blanket Mine’s Nkosiyazi Sibanda and Airforce of Zimbabwe’s Peter Tumbare, needed the last 100m to dart away from the chasing duo and cross the line in 3:12:37 and collect the first prize of ZWR$3 000.

It was the same order like last year as Sibanda came second and Tumbare finished third.

Chimbidzikai, however, narrowly failed to beat his record of 3:12:23 set last year but was delighted to win the race for the second time in a row.

“If you are the holder of the title, you have to work extra hard because all eyes will be on you. I knew that with my training and experience of knowing my challengers, I was going to tackle them. It was, however, tough in the last 5km because Tumbare showed some resilience,” Chimbidzikai said.

Just like what happened last year, Muchaneta Gwata was second in 4:22:53 while Monica Kativhu was third in 4:24:06.

The PPC Matopos 33-Miler (53km) Ultra Marathon keeps growing with over 3 000 athletes registering for the event this year.