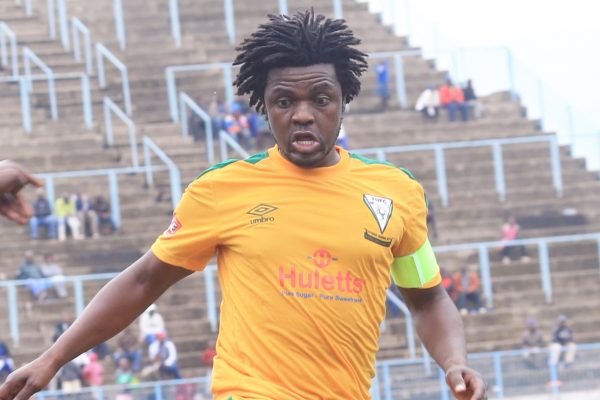 Though both sides had decent exchanges in the opening half of the game, FC Platinum opened the scoresheet through Ali Sadiki who thrust the miners ahead on the 11th minute mark, with a top-drawer goal from a free-kick at the edge of the penalty box.

Their lead was, however, short-lived as they failed to contain pressure from the visitors towards the half-time break.

Triangle skipper Ralph Kawondera restored parity on the half-hour mark after heading home a curling freekick whipped in by Russel Madamombe, a few yards from the box, with goalie Petros Mhari rooted at one spot.

Then arrived Nhamo’s moment. The stocky forward came in as a substitute for the injured Rahman Kutsanzira to haunt his former paymasters restoring FC Platinum’s lead with a powerful and brilliantly taken volley from inside the box on the 73rd minute mark.

The visitors had what looked like a well-deserved goal denied, after Collins Dhuwa got to the end of a cut-back from Gerald Bero to beat a defenceless Mhari.

However, referee Nkosilathi Dube, who was having an awful day in office, adjudged it to be an offside.

FC Platinum gaffer Norman Mapeza, whose side had failed to beat Triangle at home since 2016, was delighted with his players’ determination after grinding out an important win.

“Like I said earlier, we struggled against Triangle, but it could have been a draw or we could have lost the game because in the last minutes, they [Triangle] were piling pressure on us,” Mapeza said.

“We also had chances, but at the end of the day we have to be grateful for this result. I am happy with the boys, but we have to keep working hard and clearly there are a number of areas that need to be improved.”

His counterpart Taurai Mangwiro conceded that FC Platinum was the better team on the day.

“I think we gave it a fight, it’s so unfortunate that the fight was not good enough to win against a good team and the back-to-back champions,” said Mangwiro.

“Today twice we were punished for failing to observe basic defending skills. I want to look at how we could have avoided those goals instead of how they were scored.

“We did not get what we wanted. We had a goal disallowed. It’s just Week 2, I cannot comment about those kinds of incidents.

“It was not our day, but we feel there is room for improvement and we can do better.”

School of sport: Where is school sport going?
In some schools, team sports have flourished. The problem however has not been theirs.
Sport
By Tim Middleton
19h ago

The Soccer Whiz: Which players will illuminate Qatar 2022?
In a team full of superstars he stood head and shoulders above them all as France claimed the World Cup for the second time in their history.
Sport
By Zak Hawa
19h ago

Bulawayo City sink deeper
Marlvin Whata got the second five minutes before half time in a move that involved the ingenious Gaki.
Sport
By Fortune Mbele
19h ago

By Tim Middleton 19h ago
School of sport: Where is school sport going?

By Zak Hawa 19h ago
The Soccer Whiz: Which players will illuminate Qatar 2022?