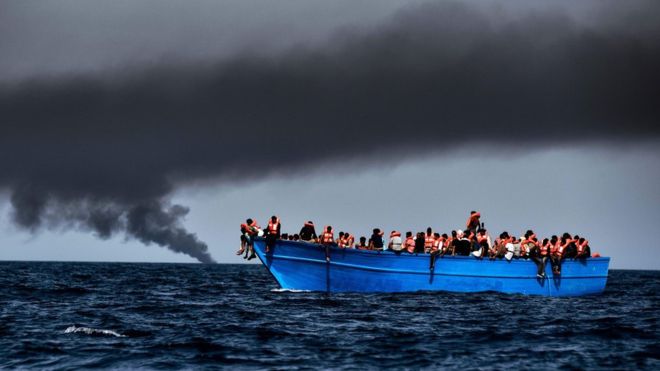 A group of lawyers has asked the International Criminal Court (ICC) to investigate over the deaths of Libyan migrants attempting to cross the Mediterranean, arguing that EU policies are to blame for the thousands of lost lives.

A group of lawyers has asked the International Criminal Court (ICC) to investigate over the deaths of Libyan migrants attempting to cross the Mediterranean, arguing that EU policies are to blame for the thousands of lost lives.

The European Union (EU) human rights lawyers, who are suing the EU released a 243-page document outlining actions taken by the bloc to deter migration, which they say violated human rights.

EU policies “intended to sacrifice the lives of migrants in distress at sea, with the sole objective of dissuading others in similar situation from seeking a safe haven in Europe,” the lawyers say.

The first major drowning incident took place in early 2015, but continued on, resulting in the deaths of “thousands of civilians per year” over the past five years.

The ICC submission points to the EU’s 2014 decision to scale back rescue operations, and leave large zones of the Mediterranean without rescue capabilities, as a major reason for the drownings.

It also points to efforts by Italy and other member states to persecute non-governmental organisations carrying out sea rescue operations.

Statements by German Chancellor Angela Merkel and French President Emmanuel Macron indicate that EU leaders “had foreknowledge and full awareness of the lethal consequences” for migrants, read the submissions.

Rather than having no role in the tragedy, EU leaders in fact “triggered” it.

The lawyers also criticised the decision to turn approximately 40,000 migrants back to militia-controlled camps in Libya where they say “atrocious crimes are committed.”

While the document focuses on the EU’s migration policies and response to the mass migration of Libyans, EU nations also played a part in ‘triggering’ the crisis in the first place.

The United Kingdom, France, and Italy, among others, played major roles in the NATO bombing of Libya in 2011.

Advertised as a “humanitarian intervention” to topple then leader Muammar Gaddafi, the military operation resulted in the near total destruction of Libya, once Africa’s richest country, leaving it a failed state and ripe ground for terrorists and human traffickers — a situation which ultimately generated the country’s refugee crisis.