Zim’s media at the crossroads 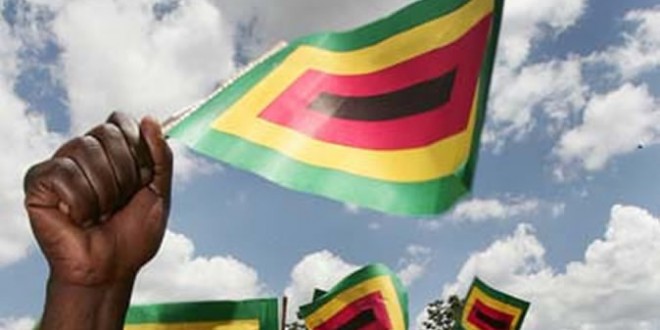 The journey towards realising citizens’ communicative rights to access information, free expression and media freedom in Zimbabwe is at a precarious crossroad.

The journey towards realising citizens’ communicative rights to access information, free expression and media freedom in Zimbabwe is at a precarious crossroad.

In what could potentially be a swim-or-sink affair for citizens and the industry in particular, government has, for the first time in more than a decade, given the greatest hint of reforming the media and information sector through proposing legislation that is supposed to give effect to constitutionally guaranteed rights to free expression and access to information.

For close to two decades the country’s media and information sectors have been in the doldrums. The state used both hard and soft methods of silencing dissent and sought to control as opposed to regulate the media. Journalism was largely criminalised through the law and in practise. Some of the laws were carried from the repressive and racial colonial regime, to create systems of hegemony anchored in dictatorship.

As aptly argued by prolific media academic Tawana Kupe (2007) in defining Zimbabwe’s media, “a colonial and Rhodesian legacy of a media system that underpins repression was reinforced, after independence, instead of being dismantled.”

“Zimbabwe remains one of very few countries in the world where the government still enjoys a monopoly of broadcasting and controls the largest print media company. Parallels with North Korea might seem over the top, but it is undeniable that Zimbabweans have been denied a diverse media system that supports democratic citizenship.”

Such is Zimbabwe’s media system. It is a system that is designed to entrench state control over the free flow of information. Though there have been instances in which space seemed to have been opened for people to openly discuss issues that concern their socio-economic and political lives, the state has directly contributed to forestalling democratic reform. The media, especially the state-controlled, perpetuates one biased narrative that has largely polarised the society. You will rarely find voices of the political opposition and civil society in the public broadcaster Zimbabwe Broadcasting Corporation (ZBC), something that is always raised by local, regional and international election observers.

As such, the move to review the country’s inhibitive laws is a step in the right direction. I however, submit that the journey is precarious in that the laws that have been gazetted by government fall way below the standards set within the constitution and are not in sync with international best practises. The Zimbabwean media is at the crossroads in that, if the proposed laws are passed in their current state, citizens and the information sector will be doomed for at least another decade.

It is not easy to undo a bad law. Most governments would like to retain power at all costs and will not be in a hurry to change laws that benefit them. In other words, no government wants to “reform itself out of power”. It took close to two decades just to begin pragmatic discussions of how we can holistically change the Access to Information and Protection of Privacy Act (Aippa), the Public Order and Security Act (Posa) and the Broadcasting Services Act (BSA). These laws and other such have been used to criminalise expression or to silence dissenting voices.

This is why it is discouraging to note attempts to retain problematic provisions of these laws, albeit packaged differently. In some cases, the proposed laws are even more restrictive than the previous laws as with the case with certain provisions obtained in the gazetted Freedom of Information (FOI) Bill and the Zimbabwe Media Commission (ZMC) Bill, two of the three laws that are going to repeal Aippa.

Aippa for instance, provided for the declassification of information that would have been considered sensitive after 25 years, while the Bill provides for open-ended classification of information. The same could be said of the provision that empowers the ZMC to investigate complaints against the media with the assistance of the police, something that seeks to retain criminal defamation, which was struck off Aippa, through the backdoor. The ZMC Bill further states that the commission can initiate investigations on its own, something that hypothetically suggests that the commission is now some sort of a persecuting authority. This is problematic in that such a provision favours the state and is a subtle threat to the media to operate in an environment in which they could be investigated on any grounds.

Without really dwelling on all problematic provisions of the proposed laws, including the issues around costs of accessing information, acceptance of verbal requests, recognition of all languages, independence of the media commission, entrenchment of statutory regulation and non-recognition of self-regulatory mechanisms, among other issues, there is need for Parliament to be seen as a strong institution that is going to scrutinise these laws and ensure they are not passed in their current form.

The signs thus far are encouraging. Having taken part in all 10 parliamentary public hearings on the FOI Bill convened by the portfolio committee on information, media and broadcasting services, the citizens that would partake at these forums articulated clearly what they would want to see in an access to information law. If this process is not a tick in the box exercise and if indeed citizens voices matter, we expect to see significant changes to the Bill.

It is also positive to note that government and state agencies continue to open dialogue on these laws and at the time of writing, the ZMC in partnership with the Ministry of Information was consulting with media stakeholders and various other actors on these laws and an envisaged national media and film industry policy. This could be an opportunity to continue to influence these processes and ensure that Zimbabweans can at least have a feel of what it means to live in a democratic society wherein citizens’ rights to free expression, media freedom and access to information are respected.

l Nigel Nyamutumbu is a media development practitioner, currently serving as the programmes manager for the Media Alliance of Zimbabwe (MAZ). This article was first published by The Accent, a MAZ initiative