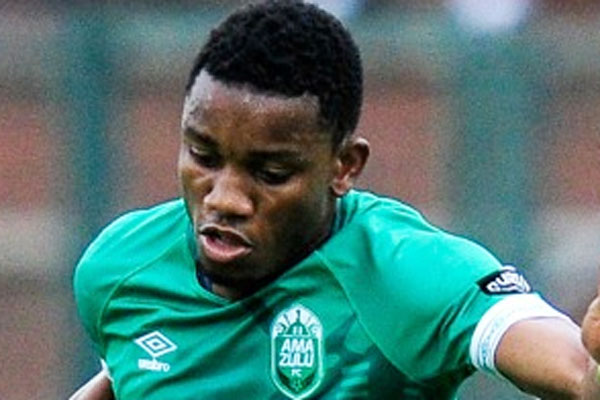 The 30-year-old Warriors midfielder has made only eight appearances in AmaZulu’s 14 league matches this season after struggling to make an impact at the Durban-based club, which is currently second from bottom on the log and in real danger of being relegated.

Amazulu confirmed in a statement on their official website yesterday that the former Masvingo United and Gunners player has left the club by mutual consent.

“AmaZulu FC and Zimbabwean international attacking midfielder, Ovidy Karuru have reached a mutual agreement for the termination of his contract with immediate effect,” Usuthu said in a brief statement.

AmaZulu general manager, Lunga Sokhela thanked the player for his service since joining the Kwazulu Natal outfit in 2017.

“We thank Ovidy for his time with us and wish him all the best in his career,” said Sokhela.

Karuru arrived in the South African Premiership in 2014 from OH Leuven in Belgium but he failed to impress at Kaizer Chiefs and was deemed surplus to requirements before he was shipped out on July 1, 2016.

After spending six months without a club, he managed to land a contract at Amazulu on February 3, 2017.

He joined the club when they were under the mentorship of Warriors caretaker coach Joey Antipas. The club was then in the South Africa’s National First Division.

Karuru, who was eager to prove himself after being offloaded by Kaizer Chiefs made an immediate impact at the club and established himself as a key member as the team gained promotion into the top-flight league five months later.

The Warriors midfielder’s current contract with AmaZulu was supposed to expire in June 2020 but he is now a free agent and will join a club of his choice in the next transfer window, which opens next month.

Karuru was one of the key players for the club in the past few seasons under the club’s former coach Cavin Johnson, who was sacked by the club in September following a winless start to the 2019/20 South African Premier Soccer League season.

Since Johnson’s departure Karuru has failed to command a regular spot in the starting lineup under the club’s new Slovakian coach Jozef Vukusic.

Karuru’s last match for Amazulu was the goalless league draw against Maritzburg United in the KwaZulu-Natal derby at the star t of the month.

Despite his club struggles Karuru has remained a regular in the Warriors squad under recent national team coaches Sunday Chidzambwa and Antipas.