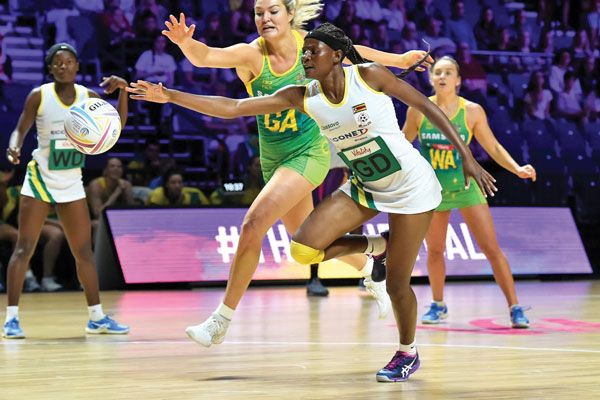 Zimbabwe sent a 67-member team which competed in 12 sporting disciplines at the 2019 African Games hosted in the Morocco capital Rabat in August.

Zimbabwe sent a 67-member team which competed in 12 sporting disciplines at the 2019 African Games hosted in the Morocco capital Rabat in August.

The team failed to win a single gold medal for the first time since it started taking part at the continental games in 1987.

A silver medal and three bronze was what the big contingent managed to bring home in what is the worst African Games performance by Zimbabwe. It is an apt summary of the country’s sporting year.

Such has been the script of Zimbabwe sports over the years, heartbreaks and more heartbreaks; and very little to cheer about. And the 2019 sporting arena for Zimbabwe is no exception.

Standardsport looks back at the highs and lows across all sporting disciplines throughout the year.

Zimbabwe has competed the last nine African Games competition since the debut appearance at the Nairobi edition of the multisport event then called the All-Africa Games in 1987.

And for the first time the country failed to bag a gold medal at the event, raking in a meagre four medals in Rabat four months ago. Triathlete Laurelle Brown won the only silver while swimmer Robyn Lee, Andie Kuipers (Triathlete) and the chess team made up of Rodwell Makoto, Emarald Mushore, Linda Shaba and Colletah Wakuruwarewa claimed bronze.

A 31st place finish out of 53 nations was also the worst by the country since 1987 as nine other disciplines failed to finish in medal positions.

The country’s best performance at the African Games came at Cairo 1991 where Zimbabwe finished in fifth place with a total of 24 medals, eight of them goal, while three were silver and 13 bronze. At the last Games in Brazzaville (Congo) Zimbabwe managed three golds and six bronze for a 19th place finish.

After qualifying for a record four Afcon finals appearance in style, topping the group that included DRC, Congo and Liberia, hopes were high that a country touted as the biggest under achievers in African football would finally make the knockout stages.

An impressive performance against hosts Egypt earned the Warriors plaudits around the world but they somehow switched off and went on to inexplicably draw with Uganda and lose to DRC to crush out at the first hurdle.

But it was the sideshow in which the players demanded allowances and match fees; and even threatened to pull out of the competition that captured the global attention.

However, after getting their wish the Warriors went on to deliver the worst Afcon performance in the country’s history.

The year 2019 will also be remembered as the year in which Zimbabwe lost to minnows Somalia, then ranked 202 in the world, in the 2022 World Cup preliminary round first leg qualifier in August.

Before the Zimbabwe game, Somalia had last tasted victory on the international scene in January 2009. Till then, they lost 25 of the 26 matches they played, recording a single draw.

The Warriors managed to scrap through to the next qualification round in the second leg.

Three years ago, the Mighty Warriors were the spectacle of the Rio Olympics playing against some of the world’s best women football teams.

Despite gallantly flying the country’s flag high, the Mighty Warriors have been treated as second class citizens by Zifa in terms of allowances and match fees. This year, the women’s team decided to make a big statement by boycotting the home Tokyo 202Olympic second leg qualifier in September.

Zimbabwe failed to raise a team to complete the fixture after clubs withdrew their players over non-payment of appearance fees and bonuses to their players by Zifa, which attracted a fine from the world football governing body Fifa.

This will be remembered as the year in which Zimbabwe cricket, which has been in intensive care in the past years literally died and rose up again.

Zimbabwe had its membership suspended by the International Cricket Council (ICC) due to government interference in the running of the game.

This came after the new Sports and Recreation Commission (SRC) board had suspended the Zimbabwe Cricket (ZC) board after the latter defied an order to suspend its elective annual general meeting.

As a consequence, the ICC froze all its funding towards ZC and that also meant that all their national teams would be ineligible to participate in any ICC events.

The suspension was lifted three months later but a lot of damage had been done.

Where is Zimbabwe Open?

The country’s biggest golf tournament, the Zimbabwe Open, failed to tee off this year much to the chagrin of international and local professional golfers.

After it was initially pushed forward due to lack of clarity over the official foreign currency exchange rate policy in February, it was eventually cancelled in September.

Since its return on the local scene in 2010, the Zimbabwe Open has been one of the prestigious tournaments on the Sunshine Tour, attracting golfers from as far afield as Europe and the US, which has raised the profile of local golf.

Despite the Zim Open disappointment there was, however, something to celebrate for Zimbabwean golf enthusiasts after the country’s top ranked professional Scott Vincent claimed his first international victory in June at the Landic Challenge on the AbemaTV Tour in Japan.

It was an emotional victory for Vincent, who came close to securing his breakthrough win on several occasions on the Asian Tour, where he has been a runner-up five times since joining the tour three years ago.

The Gems in Liverpool

There were no bigger ambassadors for local sport than the Zimbabwe netball team that won hearts at their maiden World Cup appearance in Liverpool, England.

Zimbabwe finished eighth out of the 16 teams that took part at the event, which was eventually won by New Zealand.

Drawn in Group A alongside defending champions Australia, Sri Lanka and Northern Ireland, Zimbabwe won two of its matches to progress to the next round.

The Gems also lost to Jamaica and Uganda in the placement matches to finish among the top eight countries at the event.

Warriors midfielder Marvelous Nakamba arguably provided the biggest football cheer this year. Despite missing two matches at the Afcon finals after picking up an injury Nakamba had done enough to capture the attention of English Premiership’s newly promoted side Aston Villa.

Nakamba joined Villa for reported £12million move to become the first Zimbabwean to play in the premier league since Benjani Mwaruwari in 2011.

After joining Portsmouth in January 2006, Benjani went on to play for Manchester City and concluded his England stay with Blackburn. Victoria Cup at last for Sables

The Zimbabwe rugby team managed to put some silverware in the trophy cabinet after winning the Victoria Cup on its return to the continental rugby calendar.

The Sables were the last team to win the four nation competition that also involves Kenya, Uganda and Zambia, the last time it was held in 2011. And this year the Sables, who were under the mentorship of former captain Brendan Dawson, did it in style after losing only once in six matches to clinch the coveted trophy.

Junior swimming sensation Donata Katai made some talking points after she beat Sports minister Kirsty Coventry’s 21-year-old 100m backstroke record while competing at the South Africa National Junior Championships in Durban at the beginning of the year.

The swimmer also won two gold medals at the C ANA Junior African Swimming Championships in Tunisia raising hopes that she is the heir apparent to Coventry’s throne.