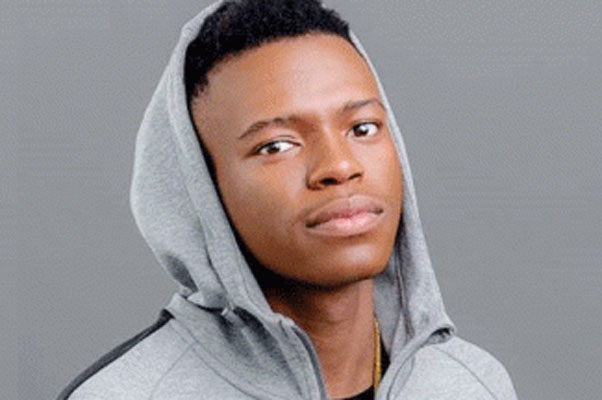 Zimbabwean hip-hop artiste King 98 on Friday released a video of his song Twisted, off his debut album Francesca, which was released last year in May.

Zimbabwean hip-hop artiste King 98 on Friday released a video of his song Twisted, off his debut album Francesca, which was released last year in May.

This is the 22-year-old rapper’s third video from his 12-track award-winning album. His video of the song Wacko, a collaboration that he did with South African hip-hop sensation Nasty C and Mozambican Laylizzy, is out of this world and is frequently played on regional TV channels such Trace Africa and Channel O.

Shoko, a collaboration that features local artiste Ex-Q, is doing fine and playing on local and regional TV channels.

On Friday, the ex-Watershed College student dropped visuals for the song Twisted and once again the project exhibits the pinnacle of the art form that has become synonymous with King 98.

“The video of the song Twisted is out and is already trending on online platforms, including YouTube,” said King 98 manager DJ Simmz.

“It’s a solo project that features King 98 prominently on the visuals that were shot somewhere in Johannesburg.”

DJ Simmz described the three and a half minute-long video as a gem of a project.

“It has some ground-breaking visuals and can compete at any global platform. It was well directed by Uprooted Media,” he said.

King 98 has also done a video with Davido for their duet, No Bad Vibes.

The Star FM Awards Best Album of the Year winner is said to be working on a duet with a top African musician.

Algeria, Zim strengthen ties through cuisine, fashion.
Mavhunga was speaking at the inaugural Algeria Traditional Wear and Culinary Exhibition Day, held at the Algerian Embassy in Harare, where she was guest of honour on Tuesday.
Standard Style
By Kennedy Nyavaya
10h ago

Layzee Ella on the roll
Honestly, when I am not speaking, I am thinking — like always. And when I was younger, I was mostly in my head too.
Standard Style
By Grant Moyo
19h ago

Effecting change through use of art in disability awareness
Such activism is critically important because anyone of us might one day find themselves with a disability — through accidents, illness or age.
Standard Style
By Raymond Millagre Langa
19h ago

Pavcon boss gets another accolade
The young CEO was rewarded for having a stupendous work ethic.
Standard Style
By Bridget Wadzanai Mavhimira
22h ago

By Grant Moyo 19h ago
Layzee Ella on the roll

By Bridget Wadzanai Mavhimira 22h ago
Pavcon boss gets another accolade