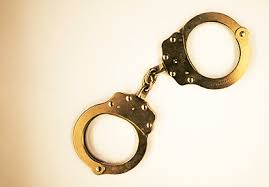 The four Chivhu children, who were killed by their mother last week following a dispute with her husband, were buried yesterday.

The four Chivhu children, who were killed by their mother last week following a dispute with her husband, were buried yesterday.

Emilda Marazani slit the throats of the children before she tried to burn their bodies.

Hundreds of Chivhu residents, including traditional chiefs and officials from local authorities, attended the burial at the town’s cemetry.

Chief Mutekedza, born Andrew Zhakata, told mourners that the erosion of cultural values could be one of the reasons behind a spike in cases of domestic violence.

“Our culture has gone to the dogs,” Chief Mutekedza said. “People have dumped humanity and adopted foreign cultures, which has led to the increase in domestic violence cases.

“From a traditional point of view, I think Chivhu needs cleansing.

“Many people have lost lives in this small town over some petty issues since the beginning of the year.

“Last month alone, two women killed their husbands and today we are burying four children, who were killed by their mother.”

The court moved to Chivhu General Hospital where the accused is admitted after drinking poison in a suicide attempt.

Marazani was not asked to plead and was remanded to November 27.

Her father Betsero Marazani said his daughter lacked counselling, which he blamed for the “unthinkable” crime.

Marazani, according to her father, revealed to her relatives recently that she was in an abusive relationship in which her husband insulted her for failing to conceive a son.

“She gave birth to four children and is expecting the fifth within nine years of her marriage, as she wanted a son,” Betsero said.

“I don’t know much about my son-in-law because he rarely visited me and my family, despite the fact that my daughter was raised by her maternal relatives after I separated with her mother.”

He said she also revealed to her family that her husband had told her that he had impregnated another woman, who would give him an heir.

Betsero said Emilda did not regret killing her children and argued that her husband had nothing to lose since he would have a son with his girlfriend.