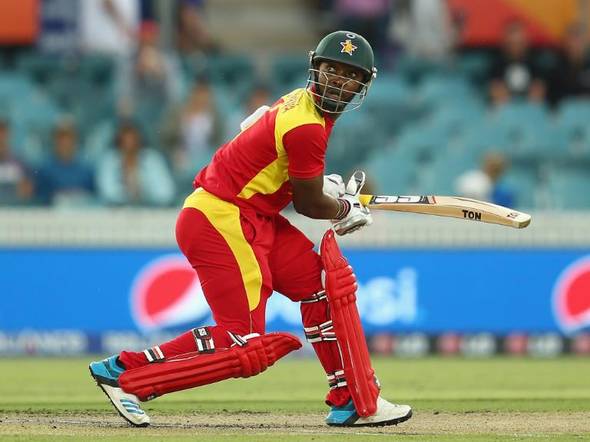 DESPITE getting off their tour off to a winning start, Zimbabwe will be hoping to put on a better performance with the bat when they take on hosts Ireland in the second Twenty20 International at Clontarf Cricket Club in Dublin today.

DESPITE getting off their tour off to a winning start, Zimbabwe will be hoping to put on a better performance with the bat when they take on hosts Ireland in the second Twenty20 International at Clontarf Cricket Club in Dublin today.

After scoring a paltry 118 runs in their allotted 20 overs, Zimbabwe needed some heroic perfomance from their bowlers to clinch a nail-biting three run victory in the opening game on Friday and take a 1-0 lead in the five match series.

While the bowlers, in particular spinners Ryan Burl and Wellington Masakadza as well as the seam duo of Richard Ngarava and Luke Jongwe impressed with the ball, the same cannot be said of the batting department.

Regis Chakabva, who has been in ominous touch, almost singlehandedly rescued Zimbabwe’s innings as he carried his form into the series with a Player of the Match-winning performance in the first T20I.

Chakabva said Zimbabwe will take great heart from winning a close game on Friday, especially after the Bangladesh series where they failed to seize their chances during crucial junctures in the series.

“It was massive obviously coming from the last tour we had a few games that were close and we didn’t cross the line so it was really important for us,” Chakabva said.

“For us to come that close we needed to cross the line and it’s something that we’ve been looking to do for a while now, so it was really good. We’ve had a lot of good things going especially with the bowling and today it was just a case of clear plans and execution and for Richie to obviously defend those last few (runs) in the last over was testament to that,” he said.

Chakabva hopes they will maintain the momentum in the second T20I encounter today.

“We just have to take it one game at a time, today we celebrate and we got the victory, but it’s a long way in the series and we can never take anything for granted, so we have to come back again on Sunday and start afresh,” he said.

A win in the second T20I today will take Zimbabwe within touching distance of a bilateral series win, a feat they haven’t achieved since 2010.

They will, however, come up against a very competitive Ireland side which will be looking for an improved performance in their home conditions.

Ireland are using the five-match T20i series as an opportunity to test their readiness for the ICC Men’s T20 World Cup 2021 for Ireland, while Zimbabwe are already looking ahead to the qualifiers for the 2022 edition of the tournament.