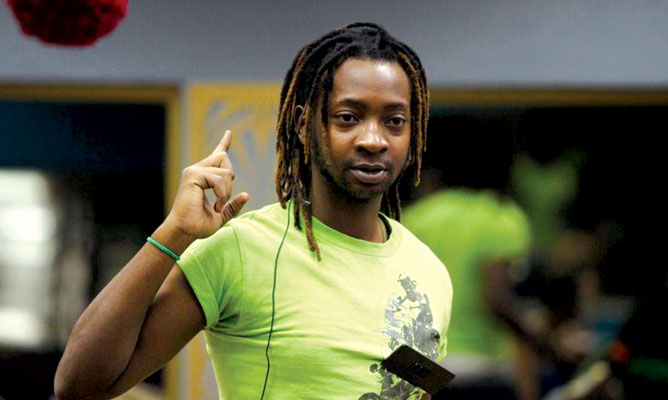 By Sindiso Dube Urban groover Rockford “Roki” Josphats has dismissed word on social media and in music corridors that he is working with Koffie Olomide on the remix of his all-time hit Chidzoka. After the release of Patati Patata, which has scored more than five million views on YouTube, fans were anticipating a Chidzoka remix. […]

Urban groover Rockford “Roki” Josphats has dismissed word on social media and in music corridors that he is working with Koffie Olomide on the remix of his all-time hit Chidzoka.

After the release of Patati Patata, which has scored more than five million views on YouTube, fans were anticipating a Chidzoka remix.

“I know we have people who might want a remix of Chidzoka, but that won’t happen,” Roki told Standard Style.

“We didn’t do a remix of that song, if anything comes up we shall be updating you, but for now there is nothing like Chidzoka remix.

“For now we are pushing Patati Patata and I am happy that it’s doing well on YouTube and also on television.”

“It was good working with him [Koffie]. he represents a higher state of African sound, spending time with him you learn how to be yourself. he is very confident and professional,” he said.

Roki made noise more than a decade ago when he released Chidzoka, an Afro-beat inspired track, which was used at events such as weddings and parties.

His career took a controversial turn which has seen him carry the “bad boy” tag everywhere.

Roki had an opportunity to represent the country at the Big Brother Africa contest and his journey ended in a dramatic manner after he was booted out of the house following his fight with fellow countryman Maneta.

He recently took a hiatus in South Africa, with his stay there not bearing any musical fruit. After the death of his mother Florence Josphat nee Masona, Roki relocated back to Zimbabwe and stayed in his rural area, Seke in Mashonaland East province.

His union with Passion Java has birthed hits like Uchandifunga, Zviriko and Patati Patata and the world is waiting on what more it will bring and if Roki’s “bad boy” tendency won’t stumble in his way again.

Meanwhile, the song Chidzoka according to Roki was inspired by his long stay in Malaysia in 2004,after getting stranded because of financial reasons.

He said while being stranded in the southeast Asian country, all he had was thoughts and reminiscing of home and how his mother and his then young family (Pauline and Sky) were doing.

Chidzoka has been touted as an urban grooves all time hit song and Roki’s greatest production. It also came in the same year as MC Villa’s Unodzoka Here, which also talks of the relationship between people living far from each other.

Unodzoka Here was big, but it’s Chidzoka, which made it huge. Even up to today if Chidzoka is played, it evokes feelings and memories to listeners. it has that Sister Bettina effect, the song will never fade, like wine, it gets better with time, according to music analysts.

After the Malaysian tour that started off well, went wrong, Roki found himself homeless, penniless, and depressed. All he wanted was to go back home, but couldn’t as he had no money to fly 8,072km from Kuala Lumpur to Harare. The only thing that kept Roki sane was a telephone conversation with his mother, though the calls didn’t come regularly because of high costs then.

In 2003, Roki was crowned the Most Promising Artist at the National Arts Merit Awards of Zimbabwe (Nama).

When he finally landed in Zimbabwe, Roki visited Take Fizzo at Chamhembe/Zion Studios and transliterated his experience and sorrows in a foreign land into a song.

Chidzoka is a song based on a telephone call between Roki’s now late mother, Florence Josphat nee Masona and her son.

Roki asks his mother how she is doing and how his young family (Pauline and Sky) were doing. He had left Sky learning how to sit on his own.

And her mother is wishing that her son would return in one body and soul. So big was the song that, it became a soundtrack to those who are living and working in the Diaspora.

Speaking to Standard Style, Roki confirmed the song was birthed from his experience away from home when he was in Malaysia.

“I was homesick and alone. That experience I will never wish for anyone. I remember we went for a tour, it went well, and decided to extend days but as the tour went on things turned out not so good,” Roki told Standard Style in an interview .

“The song is about a guy out of the country expressing his feelings. I was lonely and depressed and the only thing that kept me going was talking to my mother, who was still alive on the phone.

“I could talk to her and then ask her to pass my greetings to my family Pauline and Sky because you couldn’t afford to talk to many people on the phone. By that time my family was living in my mother’s house.”

Roki took a Princo CD inscribed, Roki, Chidzoka with a might marker to Power FM and it didn’t take long before it topped the charts.

“When I took the song to radio, I faced resistance because of my association with my dear friend Maskiri who had recently been banned on radio after the release of his controversial album Blue Movie,” Roki said.

“At first, I was painted with the same brush as Maskiri. they didn’t want to play Chidzoka, but they finally gave in and we were on top. I think back then we were misunderstood and young and couldn’t communicate our message well.”