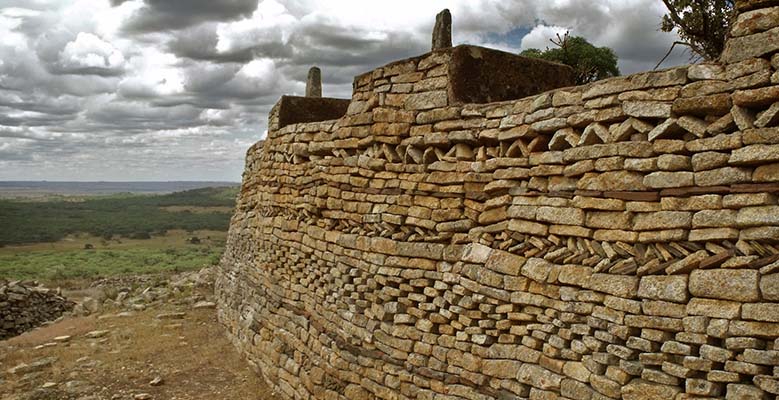 Back home, despite hundreds of archeological sites, only a handful are known due to lack of publicity and the blame does not lie with the powers that be, but all of us as well.

BRINKMANSHIP and diplomacy are the most trending words as various leaders across the globe race against time in trying to find ways to stop Russia from invading Ukraine, a key suitor to the militarised North Atlantic Treaty Organisation (NATO) whose membership has become a bone of contention.

Last week, Yours Truly briefly touched on the posibility of a conventional war never encountered since the end of Second World War in 1945 and whose ripple effects are still being felt even up to today.

As alluded earlier in last week’s Travelling and Touring column, diplomacy continues to be on the overdrive gear as brinkmanship has also moved a notch higher while a chilling fear is adept to those familiar with international affairs.

And Yours Truly is not an exception on such issues.

In Ukraine, army reservists have been recalled while some citizens are currently being trained in combat battles in case of potential warfare with neighbouring Russia whose military hardware is considered one of the most sophisticated in the world.

Ukraine with an average population of around 44 million compared to Russia’s 144 million, has in recent days been bolstered by supply of military hardware from friendly countries and President Volodymyr Oleksandrovych Zelenskyy has appealed to Vladmir Putin, his Russian counterpart, to give dialogue a chance rather than embarking on bellicosity.

The tourism industry figures  in Ukraine are reported to have nosedived to alarming levels as embassies in Kiev, that particular country’s capital city, continue warning  its citizens of looming hazards to foreign visitors.

Unless a diplomatic solution is salvaged between NATO member countries and Moscow, the country’s travelling and touring industry is headed for the proverbial Waterloo and its recovery would be an insurmountable task.

Talking of the Ukraine tourism industry, which is on tenterhooks due to the current military standoff, Yours Truly nearly cursed himself upon ‘discovering’ that most attractions are centred on archeology, architecture as well as that country’s  major historical events.

Key places include Chernobyl Nuclear Disaster Plant, St. Sophia’s Cathedral, Pysanka Museum in Kolomyia,Tunnel of Love in Klevlan and Tarakaniv Fort in Dubno among others.

Back home, despite hundreds of archeological sites, only a handful are known due to lack of publicity and the blame does not lie with the powers that be, but all of us as well.

The most notable archeological tourist attractions include Great Zimbabwe Monuments in Masvingo and Khami Ruins (Bulawayo). Other ancient structures such as Dhlodhlo Ruins (Fort Rixon area) and Nalatale Ruins (Shangani), among others are in some form of marketing drought.

Nalatale Ruins surpasses all the ancient stoneworks dotted around Zimbabwe due to its magnificent and elaborate decorated walls compared to the other 300 dry stone-walled monuments.

It is also the sole ruin that encompasses all types of patterning on banded iron-stone decorations hence it is considered the most architecturally satisfying of all Zimbabwe ruins.

However, the sad part is that a majority of domestic tourists are aware of the name, but have never bothered to visit the place, which is rich in architectural and archeological history. Such sites need to be incorporated into school tours as part as part of continuous learning programmes.

There are the likes of Bumbusi Ruins in Hwange, who despite their rich Nambya cultural heritage and whose lineage is traced from Great Zimbabwe, are in dire need of intensive marketing as well as packaging. Katunhu ka BaLozwi is another spectacular hill, which has an umbilical attachment with both Bumbusi and its precursor, Shangano Ruins.

The conical and bushy hill was nearly “moved” by the Nambya tribesmen to Zambia during the 16th century as a form of exhibit and gift to their chief based in Barotseland in Zambia.

If you are of the opinion that Yours Truly might have taken leave of his senses, just ask any Nambyan traditional elder or historian and everything will be clearer in terms of this Hwange based knoll.

Back to Ukraine, there is St Sophia Cathedral and in Zimbabwe we have our own St Barbara Chapel situated in Kariba, Mashonaland West whose history dates back to the construction of Kariba Dam wall in 1956.

Constructed atop a hill known as Kariba Heights, the chapel is famous for its architecture design shaped like a coffer dam and names of 86 workers who lost their lives during construction of the dam wall are inscribed on a marble plaque.

This Roman Catholic Church has a rich history related to Kariba Dam construction and subsequent establishment of largest man-made inland lake, which any visiting tourist can hardly ignore.

The same applies to those driving along Bulawayo-Gweru road to take time upon coming across the sign post written Nalatale Ruins and try to visit the place as it is just a stone throw away from the mine road.

Even the handiwork at Great Zimbabwe Monuments is miles behind that found at Nalatale whose structure is surrounded by cabbage shaped trees as well as aloe vera protruding out of the walls.

It is an ancient site not to be missed.

In the groove: Did hicc concert mark end of sungura?
Sungura music (sometimes referred to as Museve) at some point used to be Zimbabwe’s most popular music genre especially in the 1980’s.
Standard Style
By Fred Zindi
3h ago

Mapfumo fears for his life
Mukanya has also rebuked President Emmerson Mnangagwa’s regime, which ascended to power through a military assisted coup in 2017.
Standard Style
By Sindiso Dube
3h ago

By Fred Zindi 3h ago
In the groove: Did hicc concert mark end of sungura?

By Sindiso Dube 3h ago
Mapfumo fears for his life

By Admire Jamu-mlambo 3h ago
Music brought windfall in my life: Pinjisi