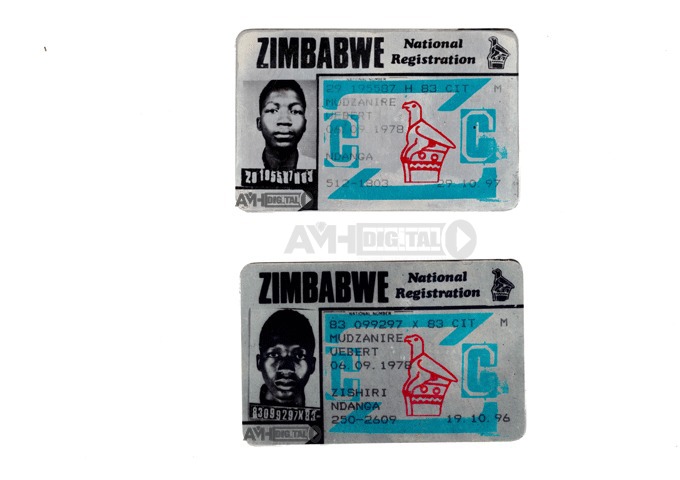 It was established that he has two different Zimbabwe national identity cards.

President Emmerson Mnangagwa’s special envoy to Europe and the Americas Uebert Angel Snr has two identity documents while his British passport has a different date of birth raising serious questions about his integrity.

Mnangagwa last year appointed Angel Snr, aka Uebert Mudzanire, to the new position of special envoy to the president and ambassador at large to the Americas and Europe so that he can “use his vast experience in evangelism and business to promote investment for the country.”

A month-long investigation by this publication unearthed startling details about the president’s point person in the West.’s modus operandi.

It was established that he has two different Zimbabwe national identity cards.

The two identity documents show that Angel Snr was born on September 6, 1978, but the ID numbers are different.

A check at the registry showed that Angel Snr has more than one national identity registration.

In such circumstances, the second ID is regarded as invalid, but startling details have shown that he used the 1997 ID to secure a passport in Zimbabwe, passport no ZE 306043, which he ordinarily should have used to go to the United Kingdom.

His British passport, number 464932598, issued by the United Kingdom Identity and Passport Service (IPS) on November 6, 2009, however, has a different date of birth from that shown on his Zimbabwean registration documents.

His British passport showed that he was born on March 4, 1972.

The controversial cleric registered 12 companies in the United Kingdom that he dissolved and six others that are still active where his date of birth is recorded as March 4, 1972.

On March 9, 2021, Angel Snr appeared before a Harare lawyer, Tichavona Mutebere, where he made an application to change his name from Uebert Mudzanire to Uebert Angel Snr claiming he was born on September 6, 1978, a birth date inconsistent with his British one but consistent with his two Zimbabwean national IDs.

Going by Angel Snr’s  March 4, 1972 date of birth on his British passport, his mother, Rose Mudzanire, gave birth to two sons in 1972 within 40 days of each other.

There are also questions around Angel Snr’s academic qualifications with evidence pointing to the fact that some of his degrees are fake.

The sting, Operation Gold Seal busted a massive internet-based business from Spokane in the US, which sold 10 815 fake credentials to 9 612 people in 131 countries for a total of over US$7,3 million.

Angel Snr denies buying a fake online business degree with a “diploma-mill scheme” that was eventually shut down by the US.

Mnangagwa’s spokesperson, George Charamba was not answering his calls yesterday.

Regis Chikowore, the secretary for presidential communications, said Angel Snr was appointed on the basis that he was a Zimbabwean.

“I can’t comment on allegations that he has two different identity particulars,” Chikowore said.

“There are relevant authorities better placed to respond to that, but what I can say is, his appointment to the office of the ambassador was straight forward.

“He was simply appointed on the basis of him being a Zimbabwean.”

Angel Snr’s close associate Mudiwa Hood, who in the past acted as his spokesperson, initially refused to comment on the matter, but later said there was nothing amiss about the envoy having different identity documents.

“The registrar’s office automatically cancels the other identity card when a person is attempting to obtain the second identity document,” he said.

“If you go to the registrar’s office you would see that is the case.

“He can’t have two identity documents. I, however, would not want to be involved in his issues.”

Home Affairs minister Kazembe Kazembe did not respond to questions sent to him while his deputy Ruth Maboyi referred this publication back to her boss.