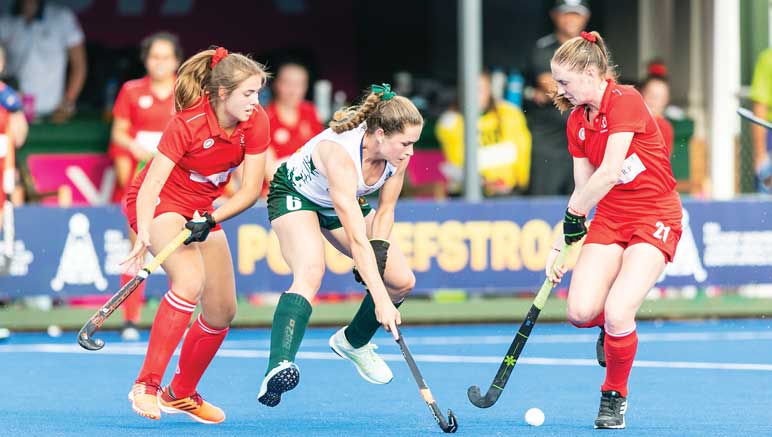 The Zimbabwe ladies had a chance to book their quarterfinals against USA after getting their campaign off to a dream start by pulling off a major upset following a 2-1 upset against Canada on Friday.

ZIMBABWE’S hopes of progressing to the quarterfinals of FIH Hockey Women’s Junior World Cup 2021 suffered a blow after losing 5-0 against USA in their second Pool A match at the North West University in Potchefstroom, South Africa yesterday.

The Zimbabwe ladies had a chance to book their quarterfinals against USA after getting their campaign off to a dream start by pulling off a major upset following a 2-1 upset against Canada on Friday.

This was Zimbabwe’s first in the history of the global competition having previously returned home winless in their last three appearances in 1989, 2005 and 2016.

The opponents USA were desperate to get their campaign back on track following a 9-0 drubbing at the hands of the Netherlands.

Sadly, Zimbabwe were not able to replicate their heroics from the first match, as they struggled in defence while lacking the cutting edge in attack as the USA atoned for their heavy defeat on Friday with a big win.

Charlotte De Vries scored the first field goal of the match in the 22nd minute before two quick goals from Hope Rose in the second quarter gave the Americans a commanding lead.

Zimbabwe rising Alexi Terblanche attributed the loss to the team’s slow start but remains optimistic that they will do well in their last Pool game against Netherlands.

“I think we started off a bit slow which led our heads to drop a bit because the USA came so hard at us. Yes, we lost today but who says we can’t come back, we are only at the beginning of the tournament. We are going to start back from the bottom, work on our basics, our first touch and we can go from there,” Terblanche said after the match.

Zimbabwe will return to the pitch tomorrow for their last Pool A match against the Netherlands.