In the groove: Is Zimdancehall on the decline? 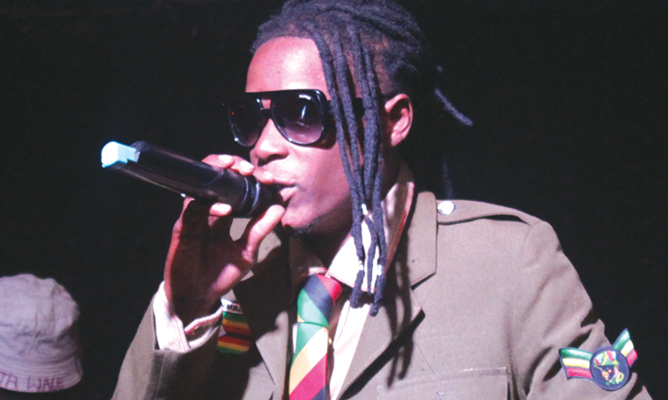 There are a number of issues which periodically drive a shift in listening preference from new music to older music, but the key reason is when too much current music sounds the same for too long.

There was a time when the Alick Machesos, the Tongai  Moyos, the Peter Moyos, the Nicholas Zakarias, the Sulumani Chimbetus and the Somandla Ndebeles  felt that their sungura genre was threatened by the rise of Zimbabwe’s latest ghetto genre, Zimdancehall.

Both proponents of these two genres argued that their audiences were different but the threat was so forceful that Alick Macheso ended up doing a collaboration with Freeman in a song called Ngaibake after noticing that Zimdancehall is a force to reckon with.

Zimdancehall is a reggae-based music genre born locally which draws much from Jamaican dancehall. It had over the years gained massive popularity in Zimbabwe especially among the ghetto youths.

It took me a long time to appreciate Zimdancehall as a music genre initially due to the monotony of the chord progression of E C G D  which had the same ‘riddim’ on almost all the songs. If you listen to songs such as  Ndamuda, Mawayawaya, Ita Seunononga, Vasikana, Zvigaba, Miridzo and Hazvigone, they all more or less have the same rhythm. There is a tendency to recycle music elements and production techniques from song to song and artiste to artiste thus massively reducing costs but creating a “sameness” to songs.

Chillspot Records, Zimbabwe’s number one producers of Zimdancehall riddims, never cease to amaze me. They follow everything trending in our society as evidenced by their innovative approaches to societal issues in  Zimbabwe.

Riddim is the Jamaican Patois pronunciation of the English word “rhythm”, but in dancehall parlance, it refers to the instrumental accompaniment to a song.

This consists of the riddim plus the “voicing” (vocal part) sung by the deejay or the singer. A lot of young dancehall musicians simply down load riddims from their computers and do a voice over to make a song. So, in a sense, riddims are very effective components of dancehall music.

Zimdancehall thrives on the creation of these riddims and make it easier for artistes to simply sing over already laid down riddims. This is what many Zimdancehall studios such as Bodyslam Records, Sunshine Records and of course Chillspot Records are actively doing.

There are a lot of similarities between riddims and it might be difficult to distinguish them.

In Zimdancehall circles, these riddims are given names such as Stage riddim, Jusa Dementor, Wine For me Riddim, Rise Up Riddim, Baby Boom Riddim, Nozzle Riddim, Bitcoin Riddim  and Rangers riddim. Some of these are used by studios to enable the singers to pick on the type of rhythm that should go with their song.

This is how it works: If it proves popular and an artist makes a hit using, say, Bitcoin riddim, it will have a big impact on other artistes who will select it with the hope of also making hits from its use.

However, too much use of the same riddim becomes monotonous to many listening audiences, who after a while get fed up of hearing the same sound being recycled over and over. It becomes saturated. This maybe the reason why Zimdancehall seems to be on the decline.

There are a number of issues which periodically drive a shift in listening preference from new music to older music, but the key reason is when too much current music sounds the same for too long.

When this occurs, people start to default to oldies because of their boredom with the songs which more or less sound the same.

Oldies become a safe harbour of variety and passion during these times until a new sound or style emerges that piques their interest and passion. Then the cycle starts all over again. That is the story with Zimdancehall.

Apart from Sungura, ZimDancehall still remains the most popular music genre in Zimbabwe despite the declining momentum. It has seen the birth of new music stars and one hit wonders. A few managed to maintain their consistency and remain relevant to date. Well, a great number of very talented Zimdancehall artistes never really saw their day and they might have missed their turn or maybe their day will come soon.

This will of course depend on the future of this genre.

It would be good to think that a new sound or artistes will emerge and turn the tide back to current music. At present their business model is honed to the current sound regime and they are driven to a great extent by online metrics. The music industry has never been more commoditised, margins can be slim and the creative environment seems introverted.

When it comes to Zimdancehall, the main-stream music industry appears to be following its tail and at present it looks like a downward spiral.

If we assume optimistically that at some point, we will see the emergence of something new that refreshes the momentum of Zimdancehall then the question many are asking is what will it be?

Although most of the Zimdancehall tunes are restricted to four chords of ECGD only, over the last 50 years we have exhausted all combinations of notes and chords.

A scientific study published a while back suggested that around 2010 every combination of music’s 12 notes and finite number of chords had been invented and used.

There are no new melodies or riffs, just different combinations or instrumentations of what has been heard before. In the short to medium term, expect to hear more remakes or songs that remind you of something you have heard before.

I am hopeful that someone or something will emerge that will alter the trajectory of current music. However, whichever way you look at it, the creation of something “new” is an increasingly difficult task requiring vision, boldness and talent.  As the late British rock star, David Bowie once said: “Tomorrow belongs to those who can hear it coming.”

Last week, I was talking to radio personality, StarFM’s Godfatha, Templeman MC and DJ aka Ghetto President, who, in my mind is undoubtedly one of the people who brought Zimdancehall to the fore.

He also agrees that the genre no longer gains the respect it did say ten years ago. He was instrumental in introducing Zimdancehall to radio listeners as he was at first given prime time on radio to deliver this new genre to  Zimbabwe. Lately, most of his radio shows on StarFM have been relegated to midnight. But who is listening at midnight? Isn’t that bedtime?

Even the most enthusiastic ghetto youths also need to sleep. So Zimdancehall followership is evidently on the decline.

In 2011, after parting ways with Winky D, Templeman went to StarFM and  met  Tichafa Matambanadzo aka Tich Mataz and told him  that he wanted to play Zimdancehall on radio. Tich took Templeman to the then chief executive officer of StarFM, Admire Taderera and he agreed to give him a slot.

They gave him a 45 minute slot for  three months and it was hosted by DJ Mox. It became  one of the craziest shows on airplay. It became so popular that it went from a 1-hour show to two 3-hour shows a week, Saturday Zimdancehall Overdrive and Thursday Dancehall Remedy.

At some point it was done thrice a week with Bashman on Fridays. The people loved the vibe.  However,  after Admire Taderera left the station and with the new management led by Comfort Mbofana, Zimdancehall does not seem to be relevant anymore, hence its being granted midnight slots.

According to Templeman, Dancehall was born in Chi-Town, HKD DZ and later moved to Mbare where the likes of Soul Jah Love, Killer T and  Seh Calaz came into the limelight.   Being on radio has given him the opportunity to interact and interview international artistes such as Beenie Man and Anthony B.

Very soon, I am linking Templeman to my good friend, Macka B. although Macka B is not happy about the midnight slots where there is less listenership. It seems like Zimdancehall is no longer on the highway it used to be. But really, what is the future of ZImdancehall?