The fiddler: To err is human 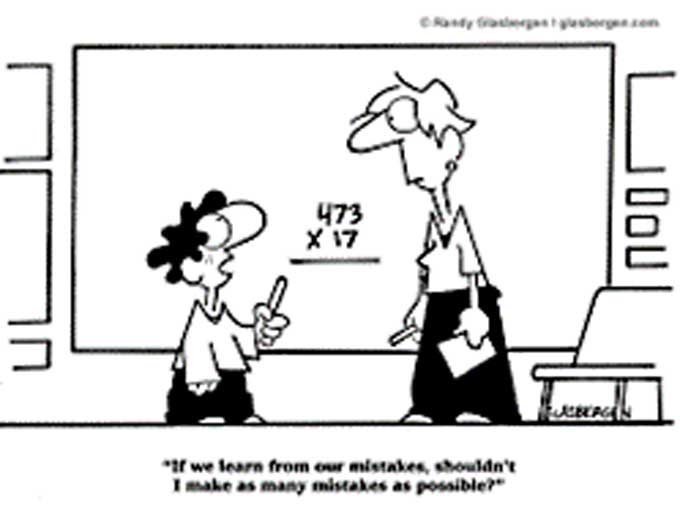 As usual, our first port of call for particularly good examples of bad or weird judges is the USA. For example, in 2014, a Georgia judge was found guilty of conspiring to plant crystal meth in the car of a woman who accused him of propositioning her for sex when she visited his office a few months earlier.

How do we resolve this conundrum? We do this by using the rather quaint notion that assumes that the persons appointed as judicial officers are reasonable men and women and are thus well placed to decide whether the action taken or the failure to take action by a person accused of a crime or being sued for civil damages has behaved reasonably. However, where a judicial officer has been sacked for unreasonable judicial behaviour such as disgraceful, corrupt or incompetent conduct that officer’s previous decisions on what was reasonable would be questionable.

As usual, our first port of call for particularly good examples of bad or weird judges is the USA. For example, in 2014, a Georgia judge was found guilty of conspiring to plant crystal meth in the car of a woman who accused him of propositioning her for sex when she visited his office a few months earlier. In retaliation, the judge employed someone to attach five bags of meth under her car — and then tipped off police that the woman was carrying drugs. When she got pulled over, at first the arresting officer didn’t find anything, but then the judge obligingly relayed the exact location of the drugs to a captain who told the officer on scene.

A male former judge in Newfoundland paraded through a hotel wearing women’s underwear. Charges for indecent exposure were dropped after he promised to receive treatment for alcoholism.

A Las Vegas judge’s “lesson in decorum” took the form of handcuffing a lawyer and seating her with inmates after she refused to “be quiet” during a client’s sentencing.

One District Judge in America had an innovative dispute resolution method. When the parties failed to agree on the place to take a deposition, the judge directed the lawyers to convene at a neutral site, and if they couldn’t agree on even that much, to meet on the steps of the federal courthouse. Each lawyer was entitled to be accompanied by one paralegal who was to act as an attendant and witness. At that time and location, counsel were required to engage in one game of “rock, paper, scissors.” The winner of this contest was entitled to select the location of the deposition. (According to Wikipedia rock, paper, scissors was probably invented by the Chinese during the Ming dynasty. The warlords allegedly played a similar contest called ‘shoushiling’, which can be translated to ‘hand-command.’ The warlords used the game to decide, among other things, where depositions would be held and whose head would get cut off.)

And then there was the American judge who was so relieved that the parties had finally arrived at a settlement of the legal dispute:

“And such news of an amicable settlement having made this Court happier than a tick on a fat dog because it is otherwise busier than a one-legged cat in a sand box and, quite frankly, would have rather jumped naked off of a twelve foot step ladder into a five gallon bucket of porcupines than have presided over a two week trial of the herein dispute, a trial which, no doubt, would have made the jury more confused than a hungry baby in a topless bar and made the parties and their attorneys madder than mosquitoes in a mannequin factor [the jury trial is cancelled].”

Be that as may be, your worships and my lords whose behaviour is unblemished have invented criteria for deciding whether a person has been negligent, that is, has failed to measure up to the community standard of the reasonable person. All of us owe a duty to take reasonable steps to prevent reasonably foreseeable harm to others.

The first thing to note is that no distinction is drawn between men and women although some bigots will claim that men and women do not act the same because they come from different planets.

The second is that the test is derived from the behaviour of an average person in the community. That person is not unduly timorous and overly cautious. He or she ventures out into the world and interacts with others. He or she does not become a hermit to ensure that he or she will never harm others.

Thirdly, when judging if a person has negligently caused a car accident, we do not expect him to have the skill and reflexes of a Grand Prix racing driver. Rather we apply the test of how a reasonably competent driver would have dealt with the situation. However, for professional persons like a medical practitioner we apply the test of a reasonably competent medical practitioner. Finally, the standard is not that of perfection; none of us is perfect although some claim to be. Thus a reasonable person is entitled to make a reasonable mistake.

With the benefit of this erudite instruction you are now in an excellent position to determine how the test of the reasonable person would be applied in different situations. Consider the following scenarios:

Donald Church in America underwent surgery in his abdomen to remove a tumour. Church returned for a CT scan, complaining of extreme pain. It turned out that doctors had left a 13-inch retractor inside of Church, taking up the length of his trunk. The patient did not have a belly laugh even after the removal of the alien object. Royal Printers Robert Barker and Martin Lucas printed a new edition of the recently translated King James Version of the Bible. This became known as the Wicked Bible because while composing the text the printers omitted the word “not” in one passage. The result was several copies of the book appeared in the shops and churches of London with Exodus 20:14 reading “Thou shalt commit adultery”. Some chefs do not require this exhortation as they have a natural inclination. The lookouts for icebergs on the Titanic were not provided with binoculars. If they had these they might have detected the looming iceberg because it was dark. Apparently the second officer, David Blair, did have a pair of binocular but he had been transferred from the ship just before its maiden voyage and had forgotten to hand them to his replacement. The owners of the Titanic boasted that their new cruise liner was unsinkable. Therefore they decided not to bring enough life boats for all passengers as these were totally unnecessary.” For some time after this disaster, a number of newspapers had erroneously reported that no one had died. For the sake of answering this question you are advised to put out of your mind the doomed amorous affair between Kate and Leonardo.

But that is as far as it goes. We would face challenges if we apply a job specific test in other areas.

Take a commuter omnibus driver. The test is that of a reasonable driver of a passenger vehicle. It is not the reasonable commuter driver because there is no such thing. It would probably be appropriate to apply an irrebuttable presumption that all commuter omnibus drivers will always drive unreasonably. Instead of trying to avoid accidents they try hard to cause them. It appears that all commuter drivers have attended the Reckless Driving Made Easy School. This School provides instruction on jumping the traffic lights, disregarding road signs and creating lanes that do not exist, terrifying your passengers etc. The driving methods of commuters have now been adopted by many drivers of sedan vehicles.

In a similar vein, in relation to the heady arena of political life many would argue that there is no such thing as a reasonable politician. Dismissing the Lunacy suit brought by a lawyer against the Indian Prime Minister the judge said:

“In my view a prime minister does not require a certificate to prove that he has never suffered from lunacy. As for the charge that the Prime Minister makes contradictory remarks on the same day, this fact, in most political circles is considered to be a mark of normalcy rather than madness.”

In one delightful South African legal case the test of the reasonable dog needed to be applied. A dog had bitten a man who had attacked the dog with a stick. The reason why the man had used the stick was to try to fend off an attack by the dog on his own dog. The court held that a reasonable dog would not have bitten the man because the man was justified in defending his own dog in this manner and the offending dog should have known this and refrained from biting the man.

I leave you with this blunder. 150 years ago, Russia decided to sell the vast territory of Alaska to the United States on 30 March 1867, and the two countries signed a treaty to sell the land for a sum of $7.2 million for 1,518,800 square kilometres of land. Years after the bargain, Russians realised that it was a gigantic blunder, and that they had lost access to natural resources worth billions of dollars.

A Space Odyssey Hal
Share this article on social