Letter to my people: The alarm bells are ringing

Once upon a time, some of you called me a marujata. You accused me of all manner of things like wanting to be president, among others.

But I dare you to tell me a day when I ever interfered with government business.

Now I hear that Dr Amai II caused a scene at one of the border posts for absolutely no reason at all.

The poor manager at the border was so traumatised that he had to take some days off after Dr Amai II shouted and belittled him. 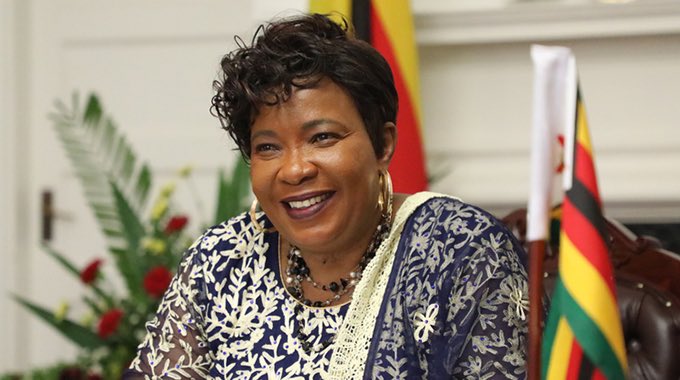 Remember she’s the same Amai who went to the Natpharm warehouse and pretended she was doing an audit of some sort.

She was also appointed health ambassador or something along those lines.

Now my dear people, I ask you; was I that bad?

I know some of you are openly or secretly wishing I was still your first lady, kkk.

Be honest with yourself, who is the better of the two of us, kkk.

AfroBarometer released its latest polling data and the results are obvious. I don’t understand what the fuss is all about.

The latest polling data says if elections were held today, Launchmore would lose to Nero.

Come on, is there anybody who really believes Launchmore can win an election?

I’m sure if I challenge him I would win hands down, kkk.

You see, all these people were hiding behind Baba and he literally had to handhold them during his tenure as president.

Baba got a lot of stick for his supposed failures, but the reality is that he was doing everything alone.

Now he is gone and look how quickly things have collapsed.

In just four years they have ruined everything and now they are staring down the barrel of defeat.

On the other hand, they thought they were done with Nero and had destroyed him, but instead they gave the young man impetus and now he is giving them sleepless nights.

They have no clue what to do and are increasingly becoming desperate.

Launchmore isn’t helped much by his aloof people like Mthuli who believe that there is no crisis in the country.

Prices are going up and salaries can’t keep up.

Health workers have threatened to go on strike, teachers are restless and all other civil servants are asking themselves if going to work is really worth it.

Yet Mthuli maintains there’s no crisis.

If things stay like this, then surely there’s no way Launchmore can win an election. Even a rigged one.

I wonder why there was a hush over the wedding instead of the splashy one that is synonymous with these people.

I wish the new couple well, although my gut is telling me I should be worried, kkk.

But there’s a sense of deja vu about this wedding.

It’s like a movie we’ve all watched before and we all know how it is going to end.

If it goes smoothly, then maybe a leopard does change its spots after all.

Jocelyn was a publicity monger and we all remember her accosting Morgan all those years ago.

Marry, where do I even start?

She lived for the spotlight. Remember how she twerked for the coup?

In no time after the coup she had letterheads inscribed “office of the second lady”.

So maybe the Genarari thought that his previous relationships were out in the open and decided to do things differently and quietly this time.

Well, I hope the fourth time is a charm.

Good old Job is a guest of the state for the umpteenth time, this time he was charged for inciting violence.

Tempers are high following the death of Moreblessing Ali and as usual Zanu PF hasn’t handled this issue very well.

Firstly, there was that councillor who threatened to chase mourners who belonged to the opposition and this only stoked tensions.

The violence at that point was inevitable and the police should have deployed early to ensure that issues didn’t get to a head.

Instead, they let the issue simmer until it got out of hand.

My thoughts go out to the Ali family. Nobody deserves to die in the manner she died.

I know someone has been arrested and hopefully the family and the nation get closure.

Stories you will enjoy

Corruption watch: The victims have nowhere to turn to

Zimbabwe on the brink: Living in fragile peace

This website uses cookies to improve your experience while you navigate through the website. Out of these cookies, the cookies that are categorized as necessary are stored on your browser as they are essential for the working of basic functionalities of the website. We also use third-party cookies that help us analyze and understand how you use this website. These cookies will be stored in your browser only with your consent. You also have the option to opt-out of these cookies. But opting out of some of these cookies may have an effect on your browsing experience.
Necessary Always Enabled
Necessary cookies are absolutely essential for the website to function properly. This category only includes cookies that ensures basic functionalities and security features of the website. These cookies do not store any personal information.
Non-necessary
Any cookies that may not be particularly necessary for the website to function and is used specifically to collect user personal data via analytics, ads, other embedded contents are termed as non-necessary cookies. It is mandatory to procure user consent prior to running these cookies on your website.
SAVE & ACCEPT

You have successfully subscribed to the newsletter

There was an error while trying to send your request. Please try again.