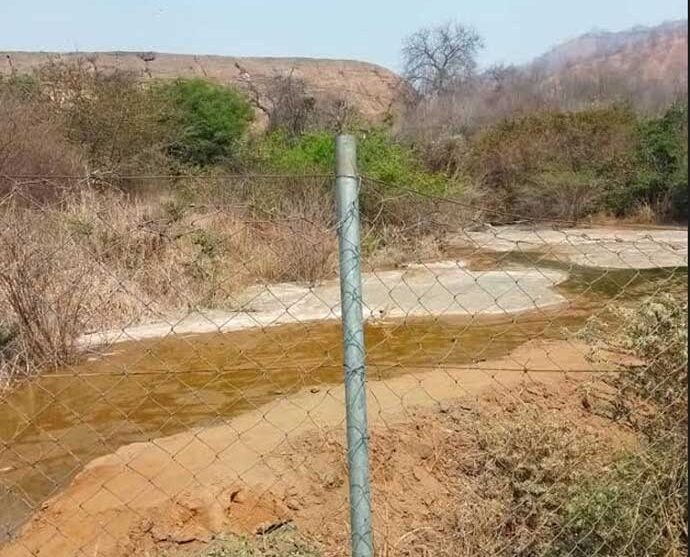 Chinese-owned Kunyu Mining (Pvt) Ltd has been singled out as one of the worst polluters as waste from its mining operations is discharged into Nyamombe River (also known as Rwenya), which flows between Mudzi and Nyanga districts.

BY MOSES MATENGA Gold miners in Mudzi in Mashonaland East and neighbouring Nyanga in Manicaland are discharging water laced with poisonous substances, including cyanide and mercury, to rivers in the districts leading to deaths of livestock and potential life-threatening health complications for villagers, investigations have revealed.

Chinese-owned Kunyu Mining (Pvt) Ltd has been singled out as one of the worst polluters as waste from its mining operations is discharged into Nyamombe River (also known as Rwenya), which flows between Mudzi and Nyanga districts.

Investigations by The Standard working in collaboration with the Information for Development Trust (IDT), a non-profit organisation that supports journalists in Zimbabwe and in the region to investigate issues of corruption in the public sector and bad governance, revealed that pollution of the rivers was so rampant such that neighbouring Mozambique has since been forced to make a formal complaint to Zimbabwean authorities.

Earlier investigations by this publication revealed rampant labour violations at the Kunyu Mine located about 40km from Mutoko Centre where employees were forced to work without proper personal protective equipment and several of them were dismissed without due processes after complaining about ill-treatment.

The latest findings from a month-long investigation showed that the mine’s operations in Badze have affected communities beyond Mudzi where it is located as villagers in Nyanga and Mozambique are suffering the effects of the pollution.

An employee at the mine said surrounding communities were bearing the brunt of the pollution as they were losing livestock and running out of safe drinking water sources.

“There is the issue of cyanide that flows into Nyamombe or Rwenya River between Nyanga and Mutoko,” said a Kunyu employee, who requested to remain anonymous.

“The mine is a few metres deep and is located less than 300 metres from the river.

The Rwenya River is tributary of Gairezi River, which flows into Mozambique.

“The only source of water here is the river and the villagers and their livestock rely on it.

“We have had cases including one of a woman who confronted the Chinese mine owners after losing her cow due to suspected cyanide poising.

“The Chinese refused to compensate her and it ended there.

“There are also cases of workers and members of the community, who get to suffer from mysterious diseases and the suspicion is that this is due to the poisoned water,”

Kunyu Mine employees said they were scared of the long term effects of exposure to dangerous chemicals, which they handle without personal protective equipment.

They said they were worried that storage facilities for chemicals at the mine were not properly protected.

“There is a lot of cyanide used in the mining processes and it really affects people’s health,” another employee added.

“Not only workers are affected, but even villagers in Mutoko and Nyanga are also affected as the water flowing from the tanks is allowed to flow into Nyamombe River.

“The water we drink is now dangerous. There are more than 300 people at the mine and we live in one compound within the premises.

“There are no proper ablution facilities and it is a health hazard.”

The workers supplied this publication with video evidence of contaminated water flowing into the river from the mine.

One of the workers produced video evidence of how the cyanide infested water is left to flow into the river.

Nyanga North Member of Parliament Chido Sanyatwe confirmed to The Standard that mining operations in Mutoko and Nyanga were polluting Nyangombe River and that this posed a serious threat to the lives of villagers and their livestock.

“We have raised issues even through the Environmental Management Agency (EMA) for action to be taken on this.

“These small miners use cyanide that they recklessly leave to flow into the river and it affects people’s lives, cattle, fish and all.

“There is need for government intervention.”

Sanyatwe said miners often attribute their failure to adhere to environmental laws to the poor state of the economy, which they said forced them to cut corners.

“They say they prefer survival and ignore all the other risks involved.

“Awareness is needed to warn the people of the dangers of such operations,” the Zanu PF legislator said.

“It is a crime to do that and awareness is important on how these operations affect lives.

“We have cases of what happened in Nyangombe where we lost cattle due to such operations.

“The affected areas  are from Nyanga South where Honourable Supa Mandiwanzira is MP where the contaminated water is discharged into Nyangombe River, which is a tributary of Gairezi River.

“Gairezi River flows into Mozambique and the Mozambique government called complaining about the cyanide.

“There is need for patrols along the rivers. The miners, some of them peg just close to rivers and that is dangerous.

Investigations by a Nyanga-based veterinary officer confirmed that three cattle succumbed to cyanide poisoning after drinking water from Nyangombe River.

According to a December 3, 2021 letter seen by The Standard, the veterinary officer in Nyanga under the Agriculture ministry, the three beasts were from a nearby farm.

The three bovines, one black and white calf with an estimated value of US$800, one black ox with economic value of US$900 and a brown heifer valued at US$700.

“There was sudden death right on the stream indicating that the animals did not move a reasonable distance soon after drinking the water,” the report says.

“There were also some dead fish and frogs in the pond.

“There are some cyanide tanks used for processing gold less than 200 metres away using the water from that pond.

“There was presence of cherry red blood cyanotic tissues and presence of almond smell in rumen and other internal findings.”

A sodium cyanide solution is commonly used to leach gold from ore.

High exposure to cyanide can cause cyanide poisoning with people exposed to it suffering headaches, weakness, confusion, nausea, pounding of the heart, coma and even death.

Repeated lower exposure to cyanide can cause nose bleeds and sores in the nose, and/or enlargement of the thyroid gland.

Kunyu management ignored requests for comment even after interventions by members of the Chinese business community in Zimbabwe.

“We have not yet received that report. It is something we have to check on.

“I spoke to our officer there and it seems the community is yet to inform us if indeed that is happening,” Mabwe said.

“Can you give us time so that we use our local means also to confirm and if there is a problem, we will go there as EMA.”

In March, the Zimbabwe Lawyers for Human Rights gave Chinese owned Ming Chang Sino Africa seven days to decontaminate areas of Saimona village in Bindura, which were affected by the discharge of cyanide into water sources.

At the same time another Chinese owned operation Detroop gold mine was accused of contaminating water in Angwa River near Karoi where fish, crocodiles and cattle were killed.