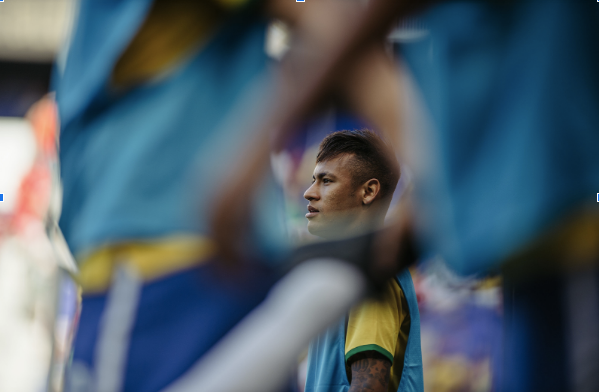 The Brazilian player went from being one of the best in the world and a candidate to win the golden ball to being booed by the PSG fans, who are demanding his departure from the club because he has not performed as expected.   The Parisian side has done everything to keep him at ease, even […]

The Brazilian player went from being one of the best in the world and a candidate to win the golden ball to being booed by the PSG fans, who are demanding his departure from the club because he has not performed as expected.

The Parisian side has done everything to keep him at ease, even bringing in one of his best friends, Lionel Messi, to make him comfortable, but the Brazilian shines more for his off-field problems than what he does on the pitch.

The Brazilian at Barcelona was at a spectacular level, it was a show to watch him for everything he generated. He played to his heart’s desire, the pitches were his, and he looked committed to the club. Undoubtedly one of the best players in the world behind Messi and CR7.

He had a valid contract with the Catalan club and a clause of 200 million dollars, there was no way he would leave because he was happy, but the French club offered him a salary much higher than what he was earning in Barcelona, and he didn’t think about it. PSG paid his clause and left through the back door of the club, where he was happy.

His presentation in France was spectacular. Neymar was going to be the leader of the PSG project that aims to win the Champions League. Neymar immediately showed signs of his talent, but he was not the same. He was under pressure and did not feel at ease.

Living in Paris is not the same as living in Barcelona, the climate for the player was not ideal, and every time he had the opportunity he travelled to Catalonia to see his friends, this obviously caused the fans to think that he wanted to return, which was true, as several times he offered to return to the Catalan club.

His constant injuries caused him to lose rhythm and even gain weight, but the worst thing was that he took advantage of the time he was off to go to Brazil with his family to parties and social engagements. The board didn’t say anything to him, but the fans started to get tired of him.

With the arrival of Mbappé, he lost the limelight, and, although he is still a different player with a lot of skill, the French World Cup winner is one of the best at the moment and with all the spotlight on him.

Last season Messi was added to the squad, and at last, the board, who have put up with so much, thought Neymar would be the same as he was at Barcelona, but it wasn’t to be, the striker was clearly overweight and still not at all committed to the team.

After the Champions League elimination, Messi and Neymar were booed loudly at the Parc des Princes, while Mbappé was applauded. Obviously, the Brazilian didn’t like this, but it doesn’t affect him because in the end he still gets his salary.

Mbappé renewed and Messi looks very committed. Perhaps if Neymar were to fully commit himself to the club’s discipline, PSG would be the most fearsome attack in the world.

After fudging so much about his departure and even negotiating with Barcelona about a possible return, PSG seems to have had enough of the Brazilian and has listed him as transferable.

His contract expires in 2025, but inside the club, several media reports that they can’t stand him anymore and that they prefer to put all their attention on Mbappé and Messi, who have proven to have a lot of chemistry in the team.

The Brazilian feels lonely at the club because although Messi is still his friend and the relationship with Mbappé is good, he spends more time off the pitch than on it, and this makes him lose that good chemistry with his teammates.

There is talk that he was offered to Barcelona, but now it was the club that rejected a possible return of the Brazilian. It is complicated for anyone to want Ney at their club for what he is paid, so it is most likely that he will stay.

But with the caveat that if he doesn’t perform, they will end up auctioning him off to the highest bidder. In a World Cup year, Neymar knows he has to be at 100% to help Brazil win their sixth World Cup and to raise his value, which is currently low. Is Neymar coming back? Because the fans have had enough of him.