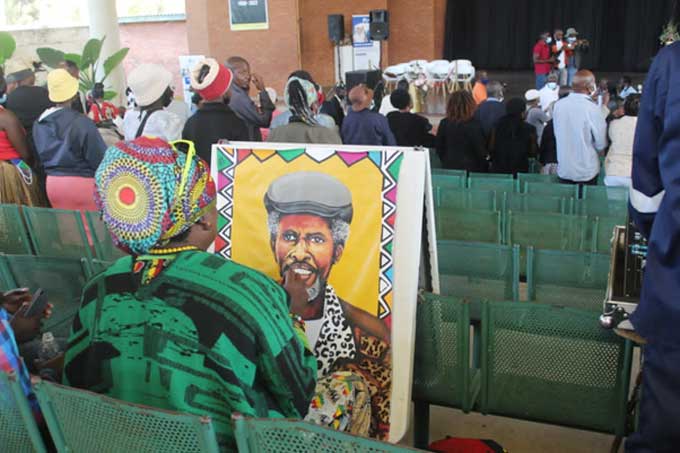 BY SINDISO DUBE OPPOSITION Zapu has described the late arts and cultural doyen Cont Mhlanga as a vessel of resistance, who does not need to be conferred a hero by the government.

“Cont Mhlanga to Zapu and the marginalised people of Matabeleland was the poster boy of resistance to marginalisation and the voice against Gukurahundi,” Ndlovu said.

“We are mourning his sad passing.

“The government has made contributions (chema/ isamdla) towards his funeral expenses. That is generous enough from a regime Cont was a critic of . The late icon needs no validation from Harare about his heroism. That is why true heroes like Joshua Nkomo should be brought back to lie next to heroes like Cont Mhlanga.”

“Regardless of his contributions to Zimbabwe, he is regarded as a tribalist and a dissident. Surely how can his contributions be of less value than that of Soul Jah Love? The definition of a hero is totally different from what we believe is,” Moyo said.

In his illustrious career, which kicked off in 1982, Mhlanga wrote more than 20 plays among them The Good President, The End, Sinjalo, Children on Fire, Games and Bombs, The Members and Vikela has three books to his name.

He also adapted the popular play Stitsha into a TV series. It featured the late Beatar Mangethe. He directed Bamqgibela Ephila and Omunye Umngcwabo. Cont was also famed for producing Sinjalo and Amakorokoza which went on to be the most followed local soapie.

Mhlanga was a critic of the government of the later former president Robert Mugabe, and was arrested often for public expressions of his views. Mhlanga’s politically-charged play The Good President won him an Art Venture Freedom to Create award, shrugging off challenge from nearly 1 000 entrants from 86 countries.

However, The Good President was banned in Zimbabwe. Although presented as a fictional account, its depiction of an African dictator who has ruled his country since 1980 closely mirrors current events in Zimbabwe.

Mhlanga and Amakhosi Cultural Centre were also awarded the Prince Claus award in December in 2015, an accolade given in honour of Prince Claus of the Netherlands. It was an honour for outstanding achievements in the field of culture and development.