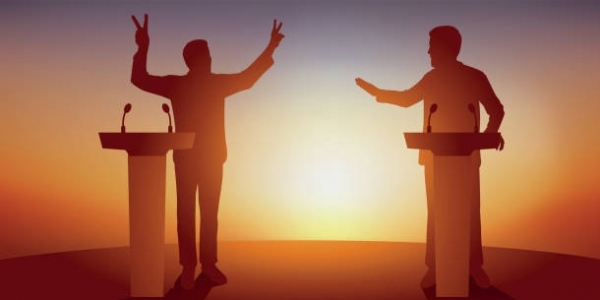 BY JAIROS SAUNYAMA The SAYWHAT annual Speak And Solve Initiative (SASI) debate and Quiz Challenge competitions have for the first time cascaded to the grassroot level where 47 tertiary education institutions from all provinces in Zimbabwe took part.

Both the SASI debate and the Quiz Challenge competitions are a brainchild of the Students And Youth Working on reproductive Health Action Team (SAYWHAT).

This was the fifth edition of the SASI debate while the Quiz Challenge is the fourth edition.

Traditionally, participants were drawn from universities only.

SAYWHAT information officer Costa Nkomo said the two competitions were traditionally for state universities only, but the organisation realised that there was a gap at the grassroots level.

“The fifth edition of the Speak and Solve Initiative debate and the Quiz Challenge competitions are unique this year,” Nkomo said.

“For the first time, we have 47 tertiary institutions that took part in this competition which started at provincial level.

“We have widened our net and scope to include colleges and polytechnics in the spirit of inclusivity and comprehensiveness.

“We are not leaving anyone behind. So, the contestants featuring at these finals are the champions from their respective provinces. It is now a battle of the champions.

“We appreciate the significance of every student in the fight against the spread of sexually transmitted infections (STIs) including HIV.

“As an institution that deals with comprehensive sexuality education, we need to have every student on board hence students from polytechnics, colleges and vocational training centres also need this space to contribute to the production and dissemination of health information services.”

Both competitions are supported by the Sweden embassy in Zimbabwe among other running programmes at SAYWHAT.