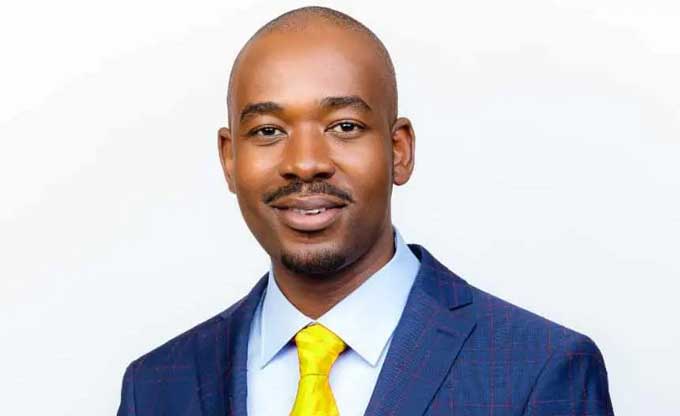 BY TAFADZWA KACHIKO  The government has banned the screening of an award-winning documentary featuring Citizens Coalition for Change (CCC) leader Nelson Chamisa, saying it will incite violence ahead of next year’s elections

It is a follow up to Nielsson’s 2014 documentary, Democrats, that chronicled the making of Zimbabwe’s constitution.

It won the World Cinema Documentary Special Jury Award at the Sundance Film Festival in 2021.

But the Censorship and Entertainment Control Unit that falls under the Home Affairs and Cultural Heritage ministry said the film could not premier in Zimbabwe in light of the pending 2023 elections.

“Also take note that the ‘Notice of Rejection’ was made to the whole documentary film.

“The film has the potential to incite violence as the country is now preparing to go for elections in 2023,” the Censorship Board wrote in a letter addressed to the Danish company’s lawyer Chris Mhike on July 16.

“Your documentary film, ‘President’ was not approved in terms of section 10(2)(b) of the Censorship and Entertainments Control Act, Chapter 10:04 which states that the board shall not approve any film or film advertisement, which in its opinion ‘is likely to be contrary to public order.’”

The Danish film production company has since filed a legal challenge.

“Our client is aggrieved by the decision and hereby gives notice of its intention to have the decision reconsidered by the Appeal board in terms of Section 19 (1) of the Censorship and Entertainment Control Act,” wrote Mhike of the Atherstone and Cook Legal Practitioners on July 25 challenging the ban.

He said the case would provide a crucial test for the country’s commitment to freedom of expression.

“This case is highly significant to jurisprudence on freedom of expression, artistic freedom and media rights in Zimbabwe and beyond,” Mhike said.

“The limitations to free expression that are permissible under domestic and international law are not, as far as we are concerned, applicable to the film President.

“Our constitution identifies Zimbabwe as a democracy, and consequently we find this ban to be extremely problematic.

“This decision flies in the face of the right to free speech.

“Zimbabwean law provides for a challenge to the decision, and we do indeed intend to challenge it.”

The documentary follows Chamisa’s travails in the disputed 2018 polls won by President Emmerson Mnangagwa by a narrow margin.

Chamisa accused Mnangagwa of rigging the 2018 elections, and has refused to recognise his election.

The opposition has said the documentary was important to “unpack and articulate the Zimbabwean story and the need for democracy in Zimbabwe in the geopolitical space and international arena.”

Nielsson accused Mnangagwa of backtracking on his promises to turn Zimbabwe into a democracy after years of authoritarian rule by Mugabe.

“When President Mnangagwa removed Robert Mugabe from power through a military coup, he promised the nation and the international community a new democratic chapter for Zimbabwe,” Nielsson said.

“Freedom of speech was one of Mnangagwa’s core election promises, but this outright censorship makes it clear that his words were empty. President Mnangagwa and his administration are crushing freedom of the press and speech with increasing imprisonment of dissenting voices and arrests of local filmmakers and journalists.

“It is our highest priority and mission to challenge this disastrous ruling in the Constitutional Court.”