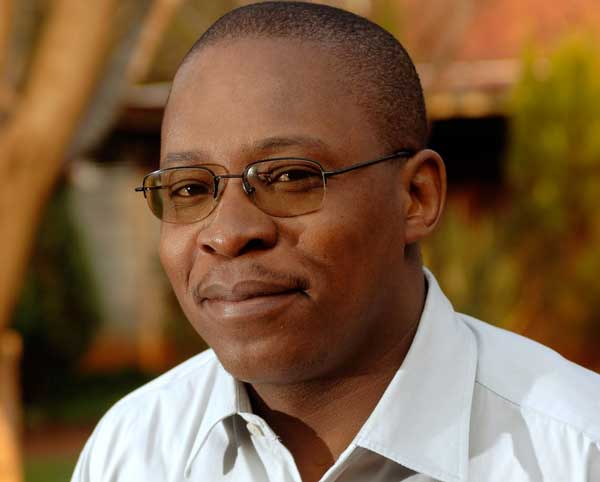 Born in Harare on the April 23, 1969, Alex left us after a short illness at the age of 53 at Wits University Donald Gordon Medical Centre in Johannesburg, South Africa on Friday, August 5, 2022.

Born in Harare on the April 23, 1969, Alex left us after a short illness at the age of 53 at Wits University Donald Gordon Medical Centre in Johannesburg, South Africa on Friday, August 5, 2022.

Alex attended Chiedza Primary School in Kwekwe where he was affectionately called and known by his middle name Lee. He had an impeccable work-ethic, cheerfulness, and was known for always being in the top three of his class.

Starting in 1983, he went on to successfully complete his O and A Levels at St Ignatius College.

He distinguished himself academically, conducted himself exemplarily and exhibited a spirit that aided in the cultivation of many of his lifelong relationships.

Alex was affable, amiable with keen wit and a knack for general knowledge. He developed many friendships through extracurricular and cocurricular activities that included drama, basketball, swimming, speech, debate and karate.

A true Ignatian at heart, Alex loved and supported his alma mater until the very end.

In 1989, Alex enrolled at the University of Zimbabwe’s Faculty of Science. He completed his Bachelor of Science Honors degree in Biological Sciences in 1991, while also being an active member of the Kirk Biological Society.

Alex led an illustrious and productive professional life. At the time of his death, he was in his sixth year as the Principal Consultant at Ceteris Consult (Pty) Ltd in Pretoria.

Previously he had distinguished himself as the Head of Safety for Seriti Resources in Johannesburg; Executive Head for Safety and Sustainable Development at Anglo American’s Kumba Iron Ore mining company; and Vice-President for Sustainability and Community Affairs before becoming the Head of External Affairs for the Australian mining company, BHP.

He held various positions prior at NOSA, COEGA, ZIMASCO and more.

A life well-lived, Alex conducted himself and his business affairs with dignity and high ethics.

A progressive thought-leader with a magnanimous and generous spirit, he comported himself well, with gravitas and a level of sophistication that was easily overshadowed by his humility.

A humorist, a scholar and a gentleman, he is described by many as having been a man of substance, of exceptional intellect, and of an infectious positive and pleasant disposition.

Alex’s interests and hobbies included philanthropy where he rallied support for literacy projects by facilitating the collection of books for libraries in his home country.

An avid cyclist, Alex was also known for his love for Afro-jazz, especially the music of the late South African saxophonist Zimology or Zim Ngqawana.

Alex leaves the world a better place than he found it, and will be sorely missed by his family, colleagues, friends and Ignatians worldwide.

He is survived by his parents, wife, and two sons, Hama (Ezra) and Kundai (Seth), aged 23 and 16 respectively.

Details of funeral arrangements are forthcoming. A Celebration of Life service will be held for him on Thursday, August 11, 2022, at 12:30 pm at Chapman Golf Club in Harare.

lRev Dr Reggies Wenyika is the president and professor of education and religion at Ottawa University in Kansas, the United States