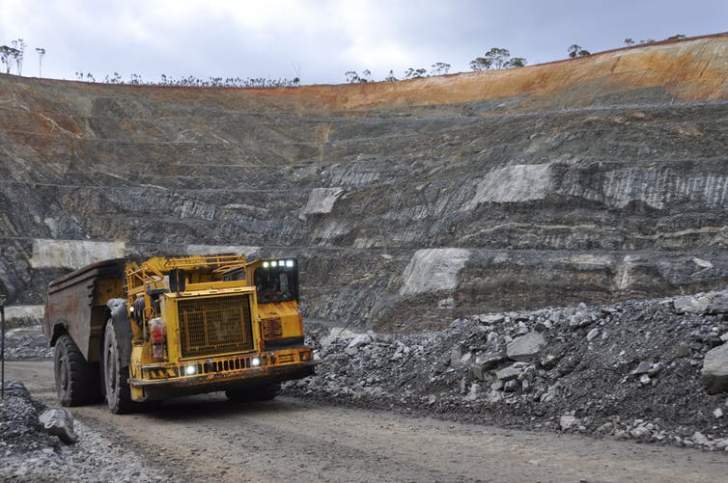 Lithium has become a vital raw material required in the transition to a green economy. Lithium ion batteries are commonly utilised in EV manufacturing and in electric devices or solar panels to store excess solar energy.

THREE Chinese energy companies have snapped up controlling shareholdings in Zimbabwean lithium mines during the past four months, as China, the world’s biggest EV market, increasingly gravitates towards Africa to diversify the supply of lithium, one of the most sought after minerals used in the booming manufacture of electric vehicles (EVs).

Chengxin Lithium Group opened up the spate of acquisitions last November with the attainment of a 51% interest in Max Mind Investments’s Sabi Star Lithium mine in eastern Zimbabwe at a cost of $77m.

Max Mind owns 40 mining claims of rare metal ore blocks in Zimbabwe, with a total surface of 2,637 hectares. Five of them have a total ore resource of 6.883m tonnes while the remaining 35 mining claims are in exploration and the early work stage.

On 8 February, the Sinomine Resource Group announced that it had shelled out $180m to acquire 100% of African Metals Management Services and Southern African Metals and Minerals, which jointly own 74% of Bikita Minerals.

The growing importance of lithium

Zimbabwe possesses Africa’s largest lithium reserves and the fifth largest globally but the resource has remained largely untapped due to a lack of investment.

Lithium has become a vital raw material required in the transition to a green economy. Lithium ion batteries are commonly utilised in EV manufacturing and in electric devices or solar panels to store excess solar energy.

Fitch Solutions estimates there are about nine lithium projects currently being developed in Africa — in Zimbabwe, Namibia, Mali, Ghana and the Democratic Republic of the Congo (DRC), but the projects are still small relative to the number of projects being developed in the Americas, Australia and Europe.

In the DRC, Chinese companies have gained control of a sizeable share of the country’s mining sector, including key cobalt and lithium resources.

Last June, another Chinese company, Ganfeng Lithium partnered Firefinch of Australia to develop the Goulamina lithium mine in Mali, but the project faces an unstable political environment in the country.

“While China is the world’s largest and main refining hub of battery minerals, the country mostly imports ores from Africa, Latin America and Australia. In general, Chinese mining firms have invested heavily in Africa over the years, as part of the authorities’ goal to set up a stable supply of ores, and as part of their Belt and Road Initiative, a multi-decade geopolitical and economic strategic policy aiming to increase China’s influence in key markets around the world,” Chowdhury says.

Just as investing in Africa’s lithium sector is beneficial to China, African countries stand to benefit from Chinese investment through job creation, taxes, the transfer of technology, and significant funding, which all help to develop Africa’s mining industry, he adds.

But a rally in mineral and metal prices in 2020-21 and improved prospects for green transition minerals — which include copper, nickel, lithium and cobalt — coupled with economic and fiscal hardships and rising social inequality in the wake of Covid-19 are seen as providing strong incentives for a rise in government intervention in the global mining sector.

“Resource nationalism can take several forms, including renegotiation of existing mining contracts to get better terms, increase in taxes/royalties on the mining sector, asset nationalisation (forced equity transfers or the threat of them), in-country beneficiation, or export restrictions. In this way, African countries also stand to improve the extent of gains they have been making from Chinese investment in the coming years,” says Chowdhury.

Wei Shen, a research fellow at the Institute of Development Studies in the UK, says the deals provide precious opportunities for African countries to get involved in the crucial value chain of lithium battery industries not only for the EV industry, but for other renewable energy projects that also need energy storage facilities.

“These deals can facilitate technology transfer to African countries and enhance their preliminary industrial process capacity in the coming years… Financially, these resource exports can be particularly crucial to relieve the debt service pressure in the short run as the price of lithium has been and is expected to continue to rise sharply in the coming years,” he tells African Business.

He notes that China has been developing more stringent environmental impact evaluation systems for its overseas activities, led by the Ministry of Ecology and Environment and Ministry of Commerce.

As such, the lithium deals would provide good opportunities to see how these new policy documents are implemented on the ground, particularly in comparing Chinese-owned and jointly-owned (with Australian partners) mines.

“So beyond the big challenge to balance short-term financial gains and long-term technological/industrial capacities, there is also a challenge to distribute the benefits between stakeholders at local, central and national levels.

“These deals present potential benefits and it takes time to see if these benefits can be achieved and distributed, which is always a big challenge for the host government when new treasures are found. From the perspective of African governments, they need to make autonomous decisions when addressing these considerations on opportunities and challenges without being trapped in geopolitical struggles and narratives,” he observes.

The Africa Finance Corporation states that as the world becomes more conscious of the need to pursue net zero carbon emissions, a global battery and electric industry is growing at a fast pace and projects its worth at $8.8 trillion by 2025 and $46 trillion by 2050.

Because Africa is home to key battery minerals such as cobalt, copper, lithium and manganese, the continent can profit immensely from the global movement towards decarbonisation. — African Business

Sharp drop in demand for CBD office space
According to Knight Frank, many recent developments are self-financed, which is limiting the scope and quantity of new projects.
Business
By Mthandazo Nyoni
9h ago

ZSE boss speaks on delistings, switch to VFEX
The ZSE has performed badly in efforts to attract foreign direct investment which led Bgoni to declare it as “the worst performing market” in Africa last August.
Business
By Tatira Zwinoira
9h ago

SeedCo records 14% growth in volumes
These adjustments on the local front helped boost turnover by at least 5%.
Business
By Rugare Mubika
9h ago

Fumati boss owes success to hard work
“We didn’t start big, but over the years we have recorded amazing growth thanks to our hard work, quality workmanship as well as high regard for the client,” Changweya said.
Business
By Staff Reporter
9h ago

By Tatira Zwinoira 9h ago
ZSE boss speaks on delistings, switch to VFEX

By Rugare Mubika 9h ago
SeedCo records 14% growth in volumes