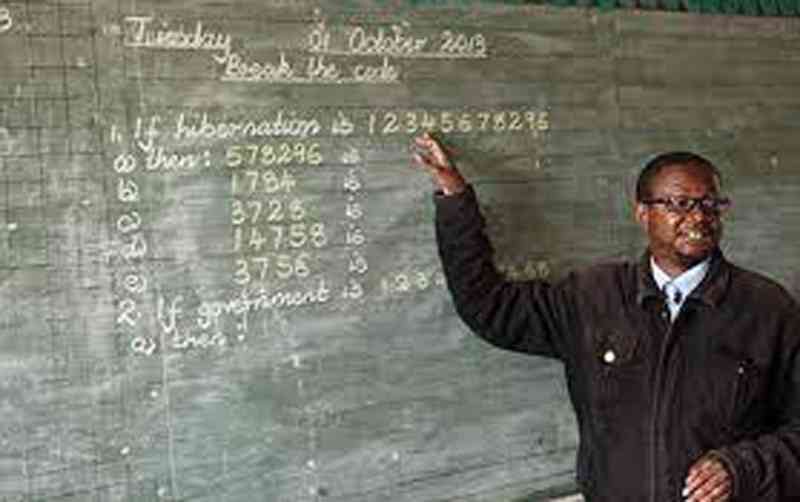 IN the space of a week we have carried two stories about the state of some schools in Matabeleland region where there are so few teachers that it must be a real nightmare for both the teachers and the pupils.

For the three teachers at Tudi 1 Secondary School in Matobo, Matabeleland South province, the burden of teaching the 100 pupils more than five subjects must be indescribable. Also in the same province in Insiza district’s ward 5 we have some teachers at Sidzibe Primary School who are so dedicated to their profession that they are prepared to drink raw water from a nearby dam after a borehole at their school broke down ages ago.

And for the five teachers at Dlawa Primary School in Nkayi, Matabeleland North, the load of teaching 250 pupils in different grades and hoping to achieve very good results must be the worst nightmare a teacher may have ever dreamt of. Little wonder the school has hardly managed to achieve a pass rate above 0%. At the same school the infrastructure is now so dilapidated that only the most devoted can endure the pain of relieving themselves in an overflowing pit latrine.

It is also quite worrying that, according to the area’s education officials, Dlawa should consider itself very lucky to have the five teachers because the situation is reportedly worse at other schools.

Primary and Secondary Education ministry Nkayi district schools inspector Lawrence Matshazi tells us thus: “It’s true that we have an establishment of five teachers for 250 learners, but that is far much better than the ratio at most of the schools in Nkayi.”

For the students, prospects of understanding all the subjects they are being taught — let alone passing them — given the demands of the country’s new Continuous Assessment Learning Activity programme, must be such a tall order that they probably wish they were never born.

If this is not an outrage, then let us be damned.

As the Second Republic train rumbles on announcing on its hailer that: “No one and no place” would be left behind as we head for the 2030 promised land, when all of us would have achieved upper middle income status, one wonders whether this would be attainable when our rural folk are experiencing such a life.

That the country is presently exporting teachers, yet it has such a dire shortage of educators in their thousands is more than ridiculous. Is it not an anomaly that when the so-called “new dispensation” was born in 2018, infrastructure development was one of its major priorities, but we still have schools with potholed classrooms and overflowing pit toilets? Maybe school infrastructure was not part of the deal.

Because the war for Zimbabwe’s independence, which was attained 42 years ago, was largely fought and won in rural communities, it naturally follows that they deserve better treatment, especially on matters to do with education.

Given the circumstances confronting our rural folk, it is quite difficult for them to believe that they have not been left behind and come 2030 they will still be in the dark ages.