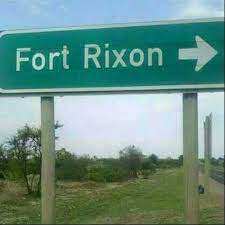 BEFORE delving into this week’s installment, which is a continuation on the genesis of Bulawayo suburbs’ names, Yours Truly will briefly pay tribute to all those who are currently adhering to Covid-19 lockdown regulations.

BEFORE delving into this week’s installment, which is a continuation on the genesis of Bulawayo suburbs’ names, Yours Truly will briefly pay tribute to all those who are currently adhering to Covid-19 lockdown regulations.

As it is usually said that a stich in time saves nine and this is the opportune time to ensure  that this pandemic is gradually tackled through adherence to laid down regulations.

It is rather a disappointment that some sections of society perpetually pay lip service to Covid-19 guidelines, which have proved easy to implement without any impediments.

Vaccination against this pandemic is the only available solution and advice Yours Truly has been getting from those in the know is that there are currently no short cuts against inoculation.

Yours Truly last week pledged to continue providing indepth information on how some suburbs in the City of Kings got their names according to material gleaned from some social media postings.

Most of the suburbs’ names are traced to the Ndebele monarchy under King Mzilikazi and later Lobengula as well as their migration from Zululand.

Magwegwe is a popular high density suburb in Bulawayo whose residents do not brook any nonsense in terms of security from any form of misdemeanor.

It was named after King Lobengula’s senior induna, Magwegwe Fuyana. It is said that following the defeat of the Matabele army during the Mbembesi or Gadade Battle on 1 November 1893, King Lobengula fled northwards and Magwegwe was killed and his remains were disguised as those of the Ndebele monarch.

His remains were interred in a cave in Chief Pashu’s area, Binga. There have been calls to declare the area a monument due to its historical significance.

Lobengula township was named after the last Ndebele monarch while Entumbane comes from King Mziliazi’s burial place. It is a small hill off Old Gwanda road in Matobo.

Emakhandeni is said to have been derived from one of the four generative fierce brigadesduring King Mzilikazi’s reign.It was the third to be established following integration of the Dlodlo clan led by Mehlomakhuluoka LinganisakubaqedabafoMpangazitha into the Matabele tribe as it left kwaZulu, South Africa during their flight from King Shaka of the Zulu tribe.

The brigade or regiment was then called Amakhanda and had a number of companies (in military lingo) some of them were iNxa, iNdinana and iNsinda. When they left koMkhwahla aplace where Mzilikazi was made king, this Amakhanda was now a trusted regiment.

Amakhanda was also the place where amabutho (army) used to embark on thorough training for traditional warfare. It was from amaKhanda that iGabhali kama Qhekeni Sithole was formed.

Fort Rixon situated in Matabeleland South is also called Fort RixonMakhandeni and it is also where wives and princesses of the King were kept ngobakuyisiphika seNkosi meaning  king’s epaulettes.

Nkulumane suburb derives its name from Nkulumane, who was the heir apparent to King Mzilikazi and is reported to have been born during a visit to the kingdom by a certain Robert Moffat.

Moffat was then coming from Kuruman whose name was corrupted by the Matabele to Nkulumane and during that period the Matabele monarch was domiciled at Mhlahlandlela where Pretoria is currently situated.

Emganwini is derived from a Marula tree which is found within this particular suburb and whose proper name is umganu.

There was also a marula tree, in this particular township where early traders and missionaries from South Africa regularly stopped and outspanned their wagons.

There you have it how the name Emganwini came about.

Tshabalala was derived from Fulatha Tshabalala, the surname of King Lobengula’s mother, who was of Swazi parentage and this nearly stopped  her son’s ascendancy to the throne due to cultural permutations.

Mfamona was the name of one of King Lobengula’s daughters and it is everyone’s guess where the tag of Famona suburb came from.

Mahatshula bears the identification of a senior of Matabele royal circle known as Mahatshula Ndiweni who is said to have been resident at the adjacent Nhlambabaloyi village.

Mahatshula is a name that also shows Ndebele medical science at work, that is, “Wazalwakumbewamiswangoku ‘habula’ … ‘wahatshulwa”.

Khumalo is an upmarket suburb named after the Ndebele royal clan and this does not need any further explanation. Luveve was christened after one of the indigenous natives, who was said to be a harsh survivor of the first wars.

During the early colonial days there was a time when a population census was conducted and people were separated by their ethnic origin and it where the name Nketa originated. Inkethabetshabi was then shortened to Nketa.

Enough of such controversial but interesting suburb names.