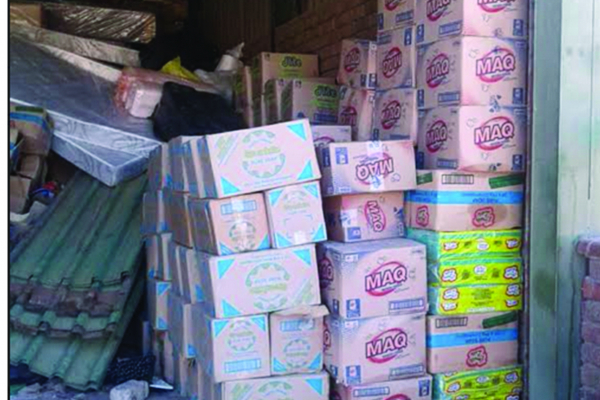 BASIC commodity shortages have returned to haunt consumers, prompting them to hoard goods to escape a devastating price rage, it has emerged.

BY TANYARADZWA NHARI BASIC commodity shortages have returned to haunt consumers, prompting them to hoard goods to escape a devastating price rage, it has emerged.

A significant part of hoarded goods have ended up on the black market, while others are kept in homes by consumers weary of rampaging prices triggered by currency manipulation, according to the Consumer Council of Zimbabwe (CCZ).

“Consumers are panicking over the parallel market rate which continues to change on a daily basis,” Kamba said.

“A recent survey by CCZ revealed that the most affected product is cooking oil, which is going for $2 100 (about US$4 at the parallel market rate) in the big retail shops, against $5,50 on the black market. So, some people are resorting to hoarding the product and resell at the informal market,” he added.

The development is reminiscent of the hoarding scourge that grounded markets during the first phase of Zimbabwe’s relentless crisis during the decade to 2008.

A crackdown by the National Incomes and Pricing Commission at the time, which forced firms to sell goods at a loss, precipitated a thriving black market where goods were available at higher prices.

The recent wave of market panic has been sparked by a deadly erosion of the Zimbabwe dollar’s buying power.

The currency has surrendered more than 30% of its value against the United States dollar since January.

And with government technically giving in to the dictates of the powerful black market, there appears to be no end in sight for the troubled currency.

In the past week, the Zimbabwe dollar has been trading at US$1:$600 on the parallel market and experts expect that the troubled currency would fall to US$1:$1 500 by December.

In its latest report, the United States Agency for International Development confirmed that shortages of basic commodities were persisting in the market due to inflationary pressures.

The report identified cooking oil, maize meal and sugar, among others, as some of the basic commodities in short supply.

It noted that formal wholesale and retail outlets were now rationing units sold per customer.

It added that goods were increasingly being sold in the informal sector at significantly higher than normal prices.

But the Confederation of Zimbabwe Retailers (CZR), a conglomeration of supermarkets and other retailers, says no such practices were taking place.

“The association has not received any reports of hoarding of basic commodities and if we do, we will work closely with the security apparatus of the country to enforce the law,” CZR president Denford Mutashu said.

“It is our collective duty to report such retrogressive activities where suspicions or actual acts are detected,” he added.