Lessons for media from Kenya elections 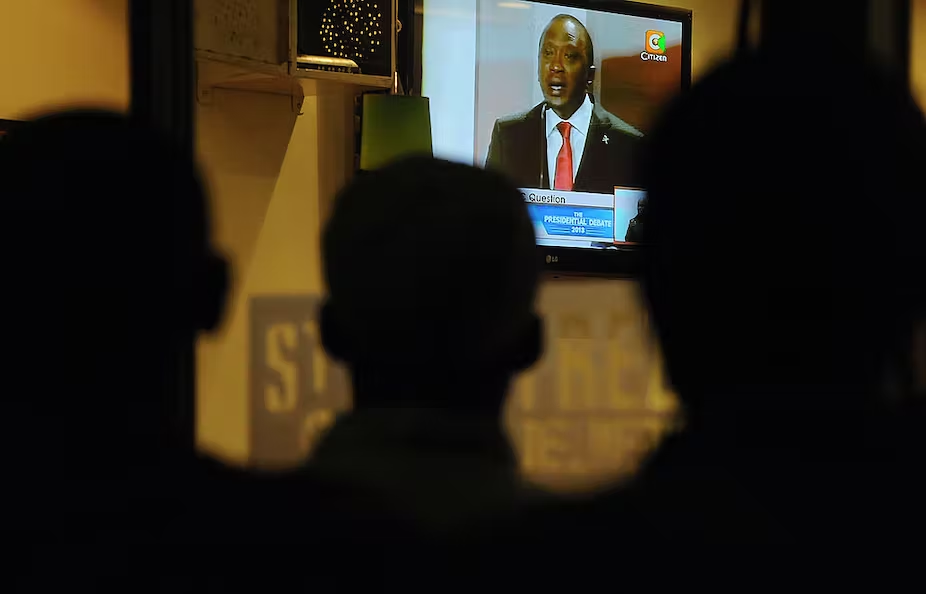 It was a nail-biting election; the suspense it created was the envy of many producers of television series shows.

The two-horse race between Kenyan opposition leader Raila Odinga and vice-president William Ruto, who battled for the control of levers of power in the East African powerhouse was difficult to call.

In the build-up to the hotly contested election, Ruto framed the election as a contest between “hustlers” and “dynasties.”

He was the leader of the hustler nation camp, a representative of the youths struggling to make ends meet in a country that appears to have neglected them.

Ruto said he grew up hustling, selling chickens by the roadside and only got his first pair of shoes at the age of 15.

The dynasties camp had Odinga, who was anointed by former president Uhuru Kenyatta after the latter’s fall out with Ruto in the last election.

Kenyatta and Odinga are sons of the country's first president and vice-president, respectively. While the election is over with Ruto eventually beating Odinga, there are bountiful lessons for the Zimbabwean media. Kenya has held political debates since 2013 and these have become an integral part of the election calendar.

These debates are generally organised, moderated and broadcast by commercial news networks.

Aspiring candidates are given a platform to articulate their policies for the electorate to vote on merit, not partisan party lines.

In July, Kenyan media organised the presidential debate, which Odinga and his party chose to boycott.

However, the platform gave members of the fourth estate a chance to ask pertinent questions to Ruto.

The same can be done in Zimbabwe.

It is high time prospective leaders face each other and answer questions on why they should be given the mandate to lead.

They are empty as far as policy articulation is concerned and the media, as societal custodians of information, should organise and bring candidates under one roof so that they debate real issues and not personalities.

Voting along partisan lines is one cancer slowly ravaging the socio-economic and political lives of Zimbabweans.

Research has shown that the majority of urban voters vote for opposition parties while the rural folk generally vote for the ruling Zanu PF candidates.

In some instances, some of the electorates do not know the names of those they are voting for prior to the election, meaning a vote is not cast on merit.

Debates will go a long way in exposing the shallowness of certain candidates and help the electorate vote wisely.

“Kenya has done that over the last few years. The major drawcard for presidential debates is that they allow politicians and the electorate to focus on policy issues rather than personalities,” he said.

“They also serve as a vehicle to popularise the need to go out and vote. However, in some cases, these media spectacles can actually dampen the mood of the electorate if they are not taken seriously by the main contestants as we saw in Kenya.

In previous elections, Kenyan media were accused of fomenting conflict through broadcasting images of violence, which further polarised a divided nation.

However, in the run-up to this election, hate speech and promotion of conflict were minimal, which contributed to a generally peaceful election.

The Zimbabwean media have to take a leaf from the Kenyan book.

The media has been accused of failing to condemn electoral violence by implementing alternative news reporting strategies like peace journalism. Studies by media academics like Allen Munoriyarwa have shown that the local press has been charged with failing to deliver reliable election news.

The fundamental reason why the press has failed to serve as a reliable source of election information is a result of ideological division that persists in the country.

In his study titled Turmoil in the Post Colony: Post-independence Electoral Violence in Zimbabwe and the Relevance of Peace Journalism, Munoriyarwa notes that: “I find that hate-spewing, racist, confrontational, polarising and divisive discourses on electoral violence make it difficult to understand the extent of election violence, its subsequent consequences and how, in the long term, it can be arrested.”

Research by Olakunle Olowojolu on the role of media in the 2015 presidential election noted that the media: “Helped in the strengthening of Nigeria's democracy and in raising the political consciousness of the ordinary Nigerian.”

The role of the media in preaching the gospel of peace was a major takeaway from the study, something which the local press should adopt as the country heads for the 2023 general plebiscite.

Media, peace and conflict researcher Lazarus Sauti adds that the media plays an important role in nourishing and consolidating democracy.

“In competitive electoral regimes like Zimbabwe, where violence is used to influence electoral outcomes, the media can promote peace. It can do so by urging political actors to tolerate each other as well as desist from demonising each other,” he said.

“Hate language dominates electoral campaigns and this inflames conflict. The media should desist from spreading hate. It should not act like campaign posters for political parties.”

The principal founder of the discipline of peace and conflict studies Johan Galtung argues that the media takes what he terms the low road which views conflict as a battle wherein the reportage takes the form of military command.

To Sauti, the media is not effectively playing its role of providing checks and balances on state institutions, a situation that has triggered conflict in the country.

In Kenya, the media were doing their own tallies after the voting ended and the results showed a tight race between Odinga and Ruto. This saw the media suspending results announcement in an effort to hold down tensions. To an extent, this helped cool tempers, something the local press can learn from. The 2023 harmonised elections promise to be a close call between incumbent President Emmerson Mnangagwa and opposition leader Nelson Chamisa.

Announcing results or creating illusions that a certain candidate has won before the announcement of results should be avoided by the media. The media has a significant role to play in the attainment of a violent-free election.