Zim to save US$250m on fertiliser import bill 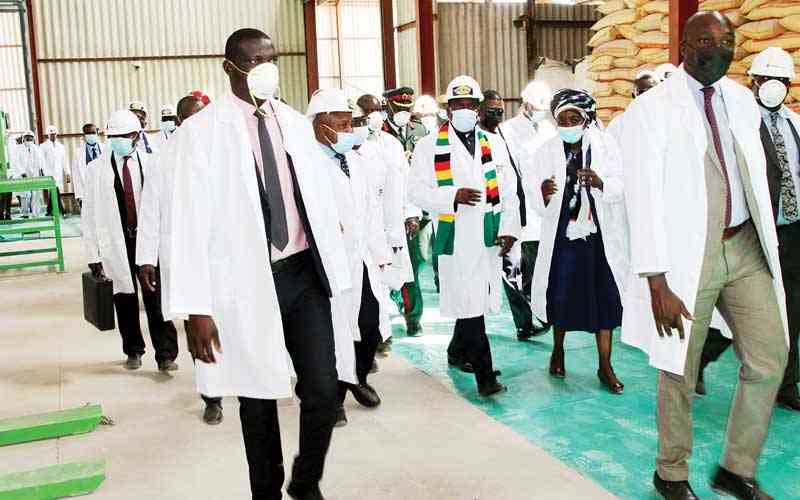 He made the remarks while commissioning a fertiliser blending plant at Zimbabwe Phosphate Industries in Harare.

Mnangagwa said the ZimPhos plant in Msasa would save the country over US$250 million per annum on the fertiliser import bill.

“The current geo-political environment in Eastern Europe has led to disruptions in agro-supply chains in most countries, including Zimbabwe. In this regard, it is urgent that we develop stronger value chains in the fertiliser industry, leveraging on our rich resource endowments,” he said.

“Given Zimbabwe’s strategic position in the Southern African Development Community and Common Market for Eastern and Southern Africa, I challenge the private sector to exploit the unfolding opportunities for fertiliser supply in the country.

“Going forward, my government will continue improving the business environment to grow private sector participation in the fertiliser value chain.”

Mnangagwa said the new plant was testimony that investors were responding to his government’s call for accelerated innovation, research and development riding on the science, technology and innovation ecosystem.

Chemplex Corporation Limited acting chief executive officer James Chigwende told NewsDay that the blending plant had the capacity to produce 50 tonnes per hour. Chemplex is the parent company of ZimPhos.

“We spent US$1,1 million to install it and for the granulation, it will be US$2,2 million to bring it in and install it. The granulation will be running at the end of October. It’s a very versatile plant. It can produce all basal fertilisers. We can tailor the fertiliser into specific soils and farmer requirements and any other nutrient composition.”

“In Zimbabwe, we are blessed because we have abundant phosphate and it’s owned by Chemplex under Dorowa. So we are already beneficiating phosphate. At the moment, it constitutes about 25% of total fertiliser being produced. We want to turn the 70% into a local resource,” he said.

“The plant at Dorowa has the capacity to produce enough fertiliser for the country. It needs about US$60 million for refurbishing. We said the plant needs fertiliser conversion units.”

Industry and Commerce minister Sekai Nzenza said the commissioning of the blending plant was testimony to synergies between industry, mining and agriculture.

In an unrelated matter, Mnangagwa last week threatened to fire officials deployed at the country’s borders for unprofessionalism and poor work ethics.

He was speaking in Beitbridge where he officially opened the port upgraded at a cost of US$300 million.

“I will not hesitate to direct the removal of those who cannot treat travellers and businesspeople well at our ports. It is critical for us as a nation,” Mnangagwa said.

“Along with developments inside the border post, we have built a fire station, sewage ponds, and water storage to service this town, so mayor (Munyaradzi Chitsunge), you must challenge residents to match the beautiful structures we have here.”

Along with state-of-the-art buildings at the border post, government also built 240 houses for civil servants, which Mnangagwa toured prior to officiating at the border.

In an interview, Chitsunge said: “We are worried about where businesses still operate from old buildings. We are also worried about people who are not developing stands they have title deeds for and we will seek direction as to how to handle such cases.”