We were sad to see ED in Rwanda: Ndiweni 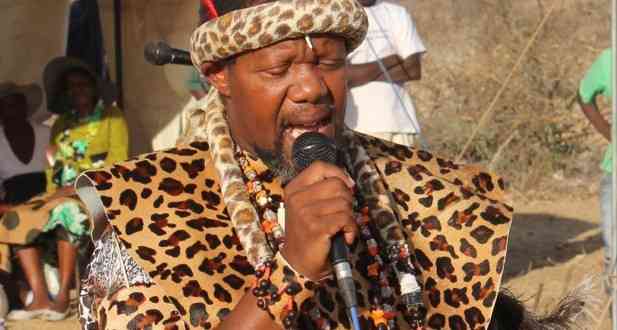 FORMER Ntabazinduna Chief Nhlanhlayamangwe Ndiweni has said he felt sad to see President Emmerson Mnangagwa at the Africa Green Revolution Forum (AGRF) 2022 saying the Zanu PF leader had impoverished fellow countrymen and should not have been invited to the forum.

“We note with great regret to see our President Mnangagwa here. We saw him at close proximity today and we were saddened because the government of Zimbabwe has let the people down on many fronts," Ndiweni told NewsDay in an interview from Rwanda.

“When we talk to some organisations that deal with agriculture internationally, on a daily basis, they will have one answer that the current government of Zimbabwe has let the people and region down.

“For a country that was known to be the breadbasket of southern Africa not to have a formidable footprint in this conference is telling the world that the country has gone off track,” he said.

According to reports, Kagame allegedly told Mnangagwa to find solutions to the country’s long-running socio-economic crisis.

Kagame reportedly made the remarks on the sidelines of the event.

Ndiweni also said he was humbled by how Rwanda had progressed after the 1994 genocide that left over 800 000 citizens dead.

“In our Zimbabwe, they are trying to force-feed us healing at the exclusion of a judicial process, that will never work, that has no prospects whatsoever of working. In Rwanda they did it the right way. As I have been shown driving around, Kigali has advanced in a profound way which we should emulate,” Ndiweni said.

Mnangagwa, through the Justice ministry, early this year announced a cocktail of measures to address the Gukurahundi  issue after meeting the clergy, traditional leaders and civic society at State House in Bulawayo.

But there has been little implementation, with critics citing lack of political will to bring closure to the issue.