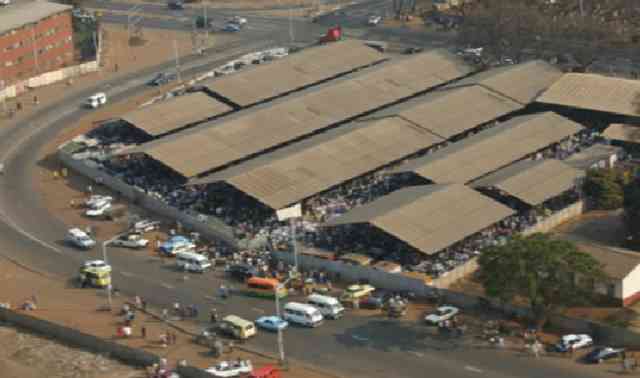 VIOLENCE flared up between Zanu PF and Citizens Coalition for Change (CCC) youths in Harare yesterday morning as they fiercely fought for control of flea market spaces in Mbare’s Mupedzanhamo area.

Tension has been simmering between CCC and Zanu PF youths over control of the markets currently being controlled by ruling party activists, who are reportedly preying on hawkers who pay them varying fees to operate in the area.

When NewsDay arrived at the scene, some vending stalls and vehicles had been damaged, while shops around the area were forced to close.

Anti-riot police had to fire teargas to stop the clashes involving stone-throwing and hand-to-hand tussles.

But the skirmishes later resumed in the afternoon, prompting police to again heavily deploy in the area.

“As city council, we have always maintained that we need to deal with the situation in Mbare, the area needs to be renewed and have order,” he said.

“We cannot continue with the Wild West mentality that is in Mbare. People are being victimised, spaces being taken and it is difficult to provide services to Mbare.

“We need a solution to the issues of Mbare, which includes all stakeholders to come up with an infrastructure, social and economic plan that serves the interest of the residents.

“We condemn violence by space barons and the attacks that are happening there. We need peace to prevail.”

“There are space barons who are politically connected, people who claim to own spaces, especially Zanu PF. They will be removing people claiming that they own certain spaces,” he said.

“So today, they wanted to remove people from those spaces that they own, that is how the fight started. This tension has been growing for almost two weeks or so.”

“I hear it’s CCC members only who are causing all this violence tarnishing the image of our party. There are no Zanu PF supporters there. It’s not Zanu PF, but CCC. Our people are not violent. They are well disciplined. CCC is the one which is causing all this violence, they are also responsible for that bombing in Chinhoyi,” Mugwadi said in apparent reference to a bomb explosion that occurred at a CCC rally in Chinhoyi on Sunday.

CCC deputy spokesperson Gift Siziba said: “I am yet to find out what’s happening on the ground. I will update as soon as I get more information.”

Police spokesperson Assistant Commissioner Paul Nyathi could not comment saying he was in a meeting.

Vendors have in the past raised concern over the Mupedzanhamo flea market area, saying it was mired in political contestations, which resulted in the flea market being shut for many years, forcing vendors, mainly of second-hand clothes, to clog street sidewalks around the area.

In 2015, Zanu PF activists blocked the official ground-breaking ceremony for the construction of an Asian-funded US$40 million state-of-the-art mall opposite the flea market, saying they were not informed about the project.

In 2012, Zanu PF activists blocked a US$5 million construction project in the same suburb, which was proposed by the Bill and Melinda Gates Foundation.

The project was moved to Dzivaresekwa high-density suburb.

During the same year, they also blocked a US$1,3 million fuel project proposed by local businessman, Alex Mashamhanda, and another US$30 million scheme to upgrade Mbare Musika bus terminus.