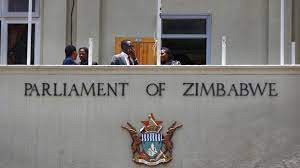 Presenting the war veterans league conference resolution at the weekend, its secretary for legal affairs Jairos Mapuranga said: “Consideration should be made to have a war veterans quota in the (National) Assembly to ensure that the party is represented by the comrades grounded in ideology to override the system of individuals with narrow selfish interests and that the legislators expedite the enactment of the Patriotic Bill to effectively protect the country and its leadership from treacherous mechanisation by political malcontents.”

Mnangagwa, however, said war veterans were expecting too much from him and his government.

“I was listening very carefully to your resolutions, others are very sound, but some are beyond sound. The depth and all-encompassing nature of your conference resolutions reflect your love for the party. You almost want your government to do the impossible,” Mnangagwa said.

Mapuranga added: “The Chitepo School of Ideology should be well-resourced and be fully operational on full-time basis, while the National Youth Service programme must be revived as it instils patriotism, discipline and responsibility in the young generation.”

The war veterans also requested a quota on boards of government entities as well as commissions.

They said a war veterans quota in Parliament would help expedite the Patriotic Bill, which seeks to criminalise and impose stiff penalties on private correspondence between what were termed “self-serving citizens” and foreign governments or any officer or agent.

The National Assembly in April adopted a motion calling for the crafting of the Patriotic Bill, whose draft was accepted by government in October 2020.

Mapuranga also said it was the responsibility of the war veterans to ensure that the revolutionary ideology and liberation war history was preserved.

“The war veterans continue strengthening, promoting, defending and popularising the party’s policies and protecting the leadership from any unwarranted attempts to demean or undermine their authority and guard against infiltration,” he added.

Meanwhile, NewsDay has learnt that Zanu PF Members of Parliament (MPs) have expressed discontent over government’s alleged failure to prioritise their welfare, while pampering ministers with hefty packages.

Some Zanu PF and opposition party legislators threatened to block Finance minister Mthuli Ncube’s mid-term budget as they protested against Treasury’s failure to provide them with fuel and prioritise their welfare.

In an interview with NewsDay yesterday, some Zanu PF MPs, who spoke on condition of anonymity, said they were not happy with the treatment they were getting from Mnangagwa’s government.

While MPs were recently booted out of hotels for non-payment of bills by Parliament, with others yet to get their service vehicles, ministers have been pampered with houses worth almost US$500 000 and luxury cars, among other benefits.

“As MPs, we are suffering, we are being treated unfairly, but our ministers are living lavishly. They are given houses worth almost half a million, they are not being asked to move out of their hotels and it’s very unfair,” said one MP.

“Most of the ministers are just technocrats, they don’t even know how to mobilise support for President Mnangagwa going into the 2023 elections.”

Another Zanu PF legislator, who requested not to be named, added: “It’s very unfortunate that as Zanu PF MPs, it is now difficult for us to speak about our welfare in Parliament because we will be seen as traitors.”

Zanu PF chief whip Pupurai Togarepi said he was not aware of the MPs’ disgruntlement.

“I am not aware of any such disgruntlements from Zanu PF MPs. What I am aware of is our government’s effort to improve the incomes and benefits of the civil servants, including those of MPs,” Togarepi told NewsDay yesterday.

“MPs, like all other people, are entitled to an income of their wish and they can raise their concerns honourably through appropriate parliamentary structures. I am not aware of ministers’ benefits or how they compare with our MPs,” he added.

“The duty of every Zanu PF member is to campaign for President Emmerson Mnangagwa and I want to thank our legislators for taking their deployment in their constituencies seriously.”

Recently, the legislators confronted Ncube’s deputy Clemence Chiduwa at the government caucus room in Parliament demanding money for their upkeep.

The meeting came after some MPs were left stranded having failed to refuel their cars at the Central Mechanical Equipment Department because there was no fuel.