Inflation to fall to less than 100% next year: Ncube 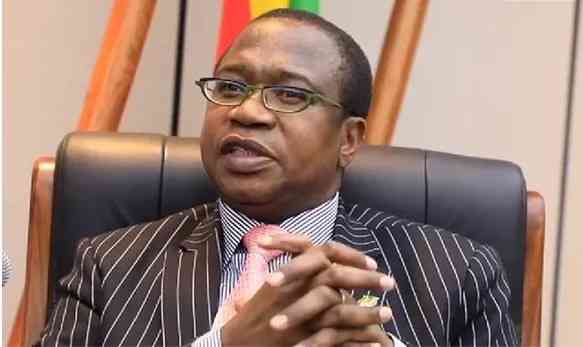 GOVERNMENT expects the country’s inflation to spike in the short-term, but has predicted that it will drop to less than 100% next year spurred by measures that have been put in place to stabilise the economy.

Zimbabwe’s GDP is expected to reach US$23,50 billion by year end.

Inflation in Zimbabwe galloped to 285,02% in August this year, up from 56,37% in July last year largely due to the depreciation of the Zimbabwe dollar against the greenback.

This has led to the erosion of incomes paid in local currency amid the skyrocketing of prices of goods and services, which are indexed in the United States dollar.

Ncube’s address yesterday followed implementation of the value for money process on government procurement contracts to curb corruption by government departments that were inflating prices during procurement processes.

He said the envisaged increase GDP in growth and inflation reduction would be achieved next year after “removing the froth in the economy”.

“Next year we will have removed the froth in the economy. We expect growth to edge up again towards 5,5%. Year-on-year inflation next year will drop to less than 100%. We can give you specific figures as we move towards year-end because we keep fine-tuning them. In fact, when I present the 2023 budget in November I should be able to say something about our targeted inflation for 2023 in full.”

Ncube added that he expected a positive balance of payments, and to maintain the budget deficit at 1,5% of GDP next year.

Economic growth, he said, would be boosted by growth in the mining and agricultural sectors, although a slump in the manufacturing sector is expected during the same period due to hikes in interest rates.

On government supply contracts, the Finance minister said, while they were undergoing a validation exercise, government would continue to pay suppliers that meet the value for money criteria.

He said in the last six weeks, government paid $184 billion to the suppliers.

“These payments have been made to various players in the market, so it is not a fact that the government is not paying for goods and services. As we move to implement the value for money process, we are committed to honouring all our obligations provided that they are priced correctly in the public interest, and such payments will not adversely impact the exchange rate and cause inflation.”

Ncube said ministries had not been exercising due diligence, particularly with regards to value for money in terms of pricing.

“Some examples are a tender for laptops which purportedly cost close to US$10 000 each, which is way above  general market prices for high specification laptops, while in other spheres, a 2kg pack of chicken was claimed to be worth US$30 when market prices are at a maximum of US$6 for the same. We have seen a bag of cement being priced at an equivalent of US$18 per bag on some construction projects,” Ncube revealed.

He said corrupt practices had resulted in the rapid erosion of budgeted resources, a situation that necessitated the supplementary budget which was presented in July this year.

Ncube said there had been some resistance to the exercise with some people threatening to sue Treasury for breach of contract.

To curb corrupt practices, he said “a world-class” computer system would ensure transparency in procurement processes.

Asked to explain why it had taken him long to act, Ncube said: “It is never too late to do the right thing.”

Finance secretary George Guvamatanga added that since the value for money process began, some suppliers who have been charging exorbitant prices had approached fiscal authorities and offered credit notes for the excess they charged.

He said the public procurement audit had resulted in some payments to suppliers being withheld until the end of this month.

“We will seek legal advice on the excess amounts that had been charged and place the necessary statutory instruments for the recovery of public funds,” he said.

Guvamatanga predicted that there would be a further reduction in prices in the country as more suppliers look for Zimbabwean dollars which they need to pay for taxes by next week.

He warned that those who evade paying taxes in foreign currency will have their accounts garnished by the Zimbabwe Revenue Authority.