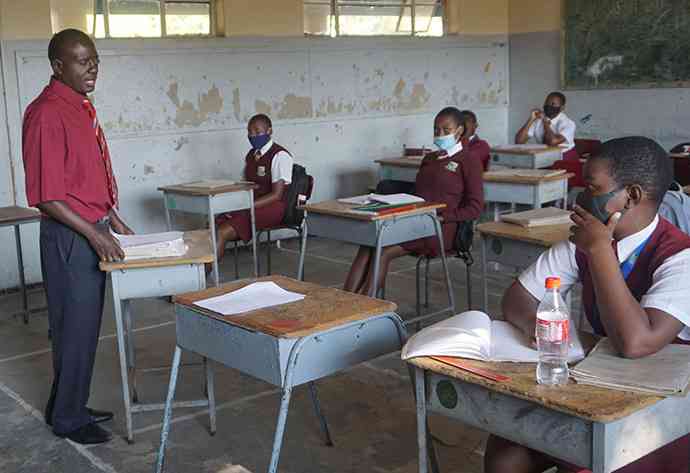 ZIMBABWE needs more than 100 000 teachers following a mass exodus of educators to other countries due to low salaries offered by government, unions have said.

A government circular seen by NewsDay revealed that government will soon recruit 3 904 teachers.

Angola and Qatar have warmed up to employing Zimbabwean teachers and other professionals to work in their public service.

Already, government is finalising the vetting of 225 professionals to be posted to Rwanda after the two countries signed a memorandum of understanding on exchange of teachers.

However, teachers’ unions, which spoke to NewsDay, said the number was not enough to meet demand.

Amalgamated Rural Teachers Union of Zimbabwe president Obert Masaraure said the number being recruited was just a drop in the ocean.

“Our schools are in desperate need of almost 100 000 teachers now. The numbers are just a drop in the ocean. Beyond recruitment, we should also focus on retention. The ongoing drive towards faceless growth must be stopped. Millions of learners are failing to access education,” Masaraure said.

Progressive Teachers Union of Zimbabwe president Takavafira Zhou said:  “The 3 904 teachers fall far short of the deficit in schools in Zimbabwe. Above all, even the number may not be successfully deployed as in 2021, government ultimately failed to deploy 5 000 teachers due to alleged inflation on the resources allocated to the Ministry of Primary and Secondary Education.”

“You only contact me when you want to write negative stories, why? For now I can’t comment,” Mavima said.

Meanwhile, teachers unions have shunned resuscitation of the National Joint Negotiation Council (NJNC) saying it was a government ploy to quash their demands for better pay.

Early this year, the Federation of Zimbabwe Educators Union advised Mavima that they had quit the NJNC.

In a memo dated September 19, 2022, NJNC chairperson Shushine Tarupuwa urged stakeholders to attend a meeting where cost of living adjustments and the 2023 annual bonuses would be extensively discussed. Artuz said government should fulfil the September salary review pledge or face the wrath of workers.

Educators Union of Zimbabwe secretary-general Tapedza Zhou said: “NJNC is now a thing of the past.”

“If government is serious and wants to continue (negotiating) with us, it must ensure that a proper bargaining council is put in place,” Taderera said.