FC Platinum going for the kill 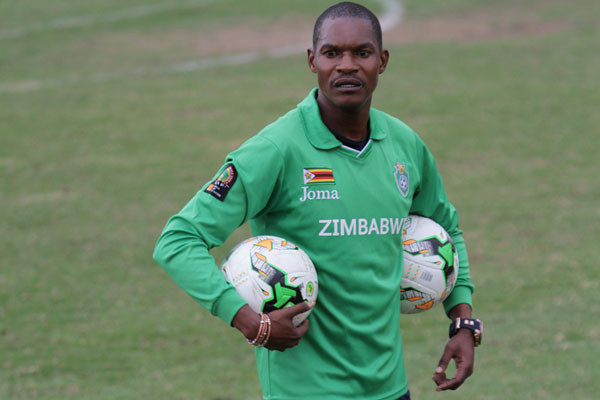 Norman Mapeza and his FC Platinum side are not paying attention to reports that they are using Juan Mutudza illegally, and want to continue their match to a fourth title on the trot.

Harare-based club, Herentals claim Mutudza was ineligible to play for the platinum miners since he still has a running contract with them having previously been on loan at Dynamos.

The miners have a tough match against Caps United at the National Sports Stadium tomorrow.

"Everyone knows our situation at the moment. We are preparing well. Today [Saturday] is our last day of training," Mapeza said.

"We are just some few games away to finish off the season and we are keeping the same mentality.

"After losing to Herentals in the Chibuku Super Cup, I spoke to the team, they pushed but I'm more than happy with the progress since the beginning of the season, with what they have done."

Mapeza heaped praise on his men for remaining consistent through the campaign.

"Up until today, they have worked hard with discipline and commitment. They have showed a lot of zeal.

"Caps is a quality team with experienced players who are there to lead the youngsters all the way," he added.

The former Warriors skipper is anticipating a tough match against his childhood friend Lloyd Chitembwe.

He is not reading much into the fact that they beat the Green Machine 3-0 in the reverse fixture.

"Lloyd [Chitembwe, has done well, he has managed to make everyone calm and also keep players in shape. It's not easy to deal with players who will be complaining of not being paid. I know him because I grew up with him. He is passionate. I salute him. He has faced tough situations but he rose above waters.

"This match won't be easy. For this one, we won't have Rainsome Pavari and Lawrence Mhlanga who will be serving one match suspensions."

A win on Sunday will automatically seal their fourth title on the bounce, with three games to spare.

After Caps United, they will host Yadah before travelling to Triangle. They will conclude the season at home with a date against Cranborne Bullets.