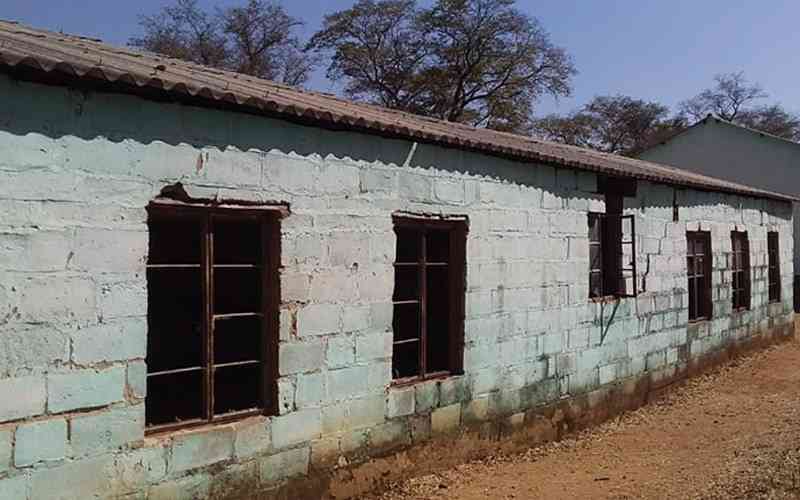 The school also has dilapidated classrooms and pit toilets that are said to be overflowing.

The school is in the most remote part of Nkayi along Gwampa Valley, about 70km south-west of Nkayi growth point.

Dosa chairperson Nkosilathi Ncube said: "The school is synonymous with dilapidated classrooms, toilets and the teachers’ cottages. The two old classrooms are in a bad state. They no longer have window panes and doors. The floors are potholed. The classrooms are now a danger to the pupils.

"The school is among the worst performing institution in terms of examination results. It has had a 0% pass rate for Grade 7 examinations for several years. The toilets at Dlawa Primary School are obsolete. They have filled up and are no longer usable.”

Ncube said as a result of these issues, 32 former students had come together to save the situation.

He said on October 29, they met Nkayi South Member of Parliament Mathe-Thebe to find out how best they could assist the school.

"Mathe-Thebe promised to approach stakeholders for assistance. The Primary and Secondary Education ministry will be approached immediately to alleviate this situation. The former students have promised the MP that if she provides building material, they will provide labour,” Ncube said.

Nkayi district schools inspector in the Primary and Secondary Education ministry, Lawrence Matshazi confirmed that there are five teachers to cater for 250 learners, adding that the situation was better compared to other schools.

"It’s true that we have an establishment of five teachers for 250 learners, but that is far much better than the ratio at most of the schools in Nkayi," Matshazi said.

He said resource challenges were affecting infrastructural projects at the school, adding that a German donor programme, Scale DP, had come in to assist.

Mathe-Thebe said the school was in a sorry state.

"I met the former Dlawa students based in South Africa while I was attending the Pan-African Parliament and they said there was no water at the school. We will try and assist the school,” she said.