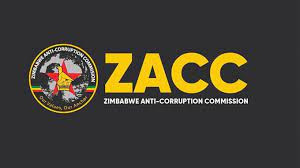 ZIMBABWE Anti-Corruption Commission (Zacc) commissioner Thandiwe Mlobane has been announced as the new spokesperson for the commission with immediate effect.

This comes after former Zacc spokesperson John Makamure is expected to appear before a tribunal set by President Emmerson Mnangagwa to investigate alleged interference with the course of justice during the conduct of his duties.

The tribunal will also investigate whether he received bribes and passed on confidential information concerning matters that he was investigating, and to investigate, and whether or not he presided over matters in which he had a conflict of interest.

Mnangagwa appointed a Tribunal chaired by Retired judge Maphios Cheda to probe abuse of office allegations against Makamure and to inquire into his suitability to continue holding the esteemed office.

However, there are allegations that Makamure could be a target of political persecution for daring to investigate Gokwe Nembudziya legislator Justice Mayor Wadyajena over a Cotton of Zimbabwe Company (Cottco) scandal.

Makamure is also accused of directing one Lee Sung to fund his political campaigns in Gokwe in return for his protection.

Through Proclamation 4 of 2022, Mnangagwa tasked Cheda’s Tribunal to investigate Makamure for the alleged misdemeanours.