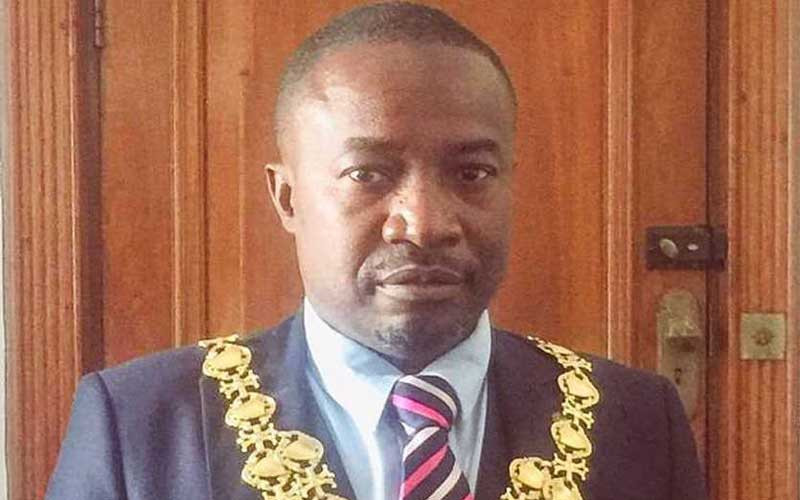 HARARE mayor Jacob Mafume has threatened to take the Zimbabwe National Road Administration (Zinara) to court saying its model for road construction is not working, adding that since 2009, Zinara has not built a single road in the capital.

Addressing journalists yesterday at Town House, Mafume said the Harare City Council (HCC) has been struggling to repair dilapidated roads in the capital.

“We are taking Zinara to court for we can no longer continue to play when people’s cars are being damaged, and there are road accidents. The road network is fast disappearing, yet there is an institution (Zinara) collecting in excess of US$64 million annually. The establishment of Zinara led to the transfer of the vehicle licensing portfolio from local authorities to the statutory body. That is when the problems of failure to repair and maintain roads and the attendant infrastructure began, and the results were visible on the ground for all to see,” Mafume said.

“For a period of time, Zinara dabbled in high-level corruption as they were buying aeroplanes, gave huge perks to its executives and swimming pools, and bought several things using public funds. We demand transparency and accountability in the utilisation of these public funds,” he said.

Mafume added:  “The law is very explicit and stipulates the following as road user fees: vehicle licence fees, fuel levy and carbon tax. Currently, only part of the vehicle licence fees is distributed to the road authorities. In the last five years, out of expectations of plus or minus US$60 million per year, the City of Harare received less than US$2,5 million. The City of Harare has not received anything from the fuel levy and carbon tax revenues in the past years, and this is another area where we are demanding our fair share of the national cake.”

In 2022, the allocated budget for road rehabilitation for HCC was $958 million.

“We received $1,431 billion of which $800 000 was from registered vehicles, and the vehicle licences cost US$20 per quarter for most of the private vehicles, totalling US$64 million annually. The $1,431 billion translates to US$2,13 million using the official rate as at 31 December 2022. This amount is not enough even to do five kilometres of road reconstruction,” Mafume said.

He said using funds from City Parking and budgetary provisions, HCC only managed to do 12,5km of road rehabilitation and 436km new roads.

But Zinara chief executive officer Nkosilathi Ncube disputed Mafume’s claims  saying in 2020, the roads authority disbursed 100% of the City of Harare’s $86 million allocation, but the city authorities  failed to acquit their last disbursement.

“As a result, they failed to access an early disbursement in 2021. The City of Harare’s allocation for 2021 was $1,3 billion, which again can be translated to USD using the exchange rate at the time. However, the City of Harare only requested $154 million of this total allocation and failed to utilise in excess of $1, 1 billion. In 2022, they are yet to acquit their fourth quarter disbursement of $566 million despite the fact that most road authorities have already acquitted their 2022 disbursements. This means that even if funds were to be disbursed today as per the Zinara schedule for 2023, Harare residents will still be deprived of service delivery until their road authority follows the dictates of the Road Act.”