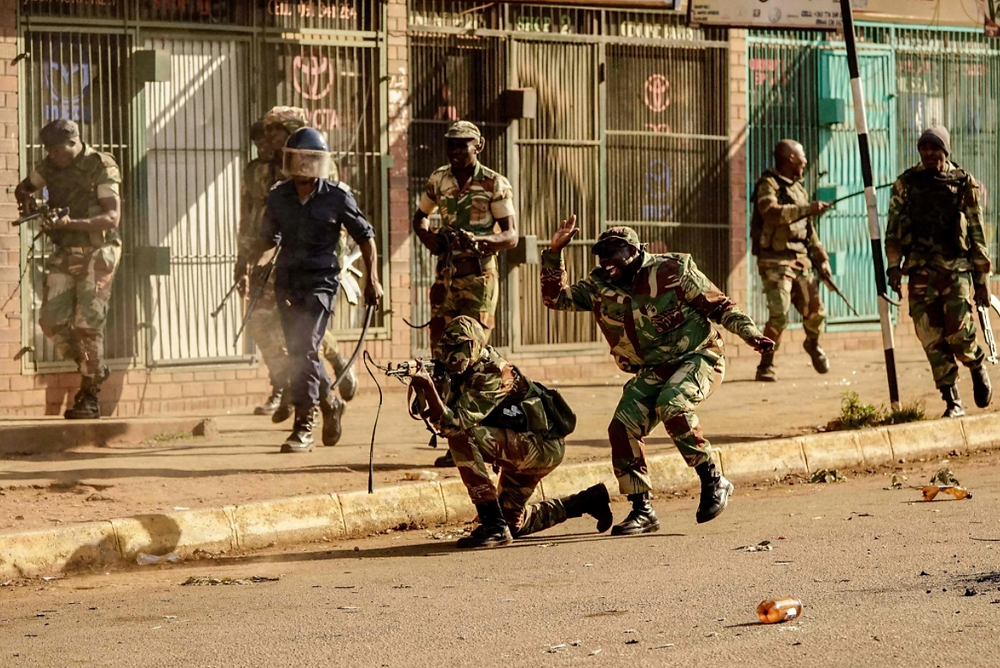 Another villager said: “I saw two truckloads of soldiers, who were dropping off at various homesteads, interrogating and assaulting villagers over the whereabouts of a man who injured a soldier with a knife.

BY MIRIAM MANGWAYA DOZENS of villagers near Jason Ziyaphapha Moyo Airbase in Chegutu were on Tuesday allegedly assaulted by soldiers reportedly searching for a machete gangster who had assaulted their collegue.

According to pictures seen by NewsDay, the assaulted villagers sustained injuries on their faces, heads, legs and hands.

Some of the assault victims received medical attention at Chegutu General Hospital, according to a medical report in possession of NewsDay.

Contacted for comment, Air Force of Zimbabwe spokesperson Squadron leader Donovan Muroyiwa said he was yet to receive the report, but said an investigation had already been launched to ascertain the claims.

Villagers said the soldiers stormed their homes at around 11pm, inquiring the whereabouts of a machete gangster who had allegedly been involved in an altercation with their colleague.

The soldiers, reportedly armed with guns and knobkerries, damaged doors to gain entry to villagers’ houses. They also stormed a homestead where villagers were attending a funeral and harassed mourners.

“They were beating everyone who professed ignorance of the whereabouts of the alleged gangster,” one villager said, adding they were now living in fear.

“It was around 11pm when a loud bang at the door woke me up. At first, I thought they were thieves until I saw soldiers clad in uniform. They accused us of hiding their suspect.”

Another villager said: “I saw two truckloads of soldiers, who were dropping off at various homesteads, interrogating and assaulting villagers over the whereabouts of a man who injured a soldier with a knife.

“I witnessed the altercation between the soldier and the man. They had a misunderstanding over a woman while drinking beer at a local bar.”

National police spokesperson Assistant Commissioner Paul Nyathi said he had not yet received the report.

In December, a soldier shot and killed five people at a shopping centre in Mhondoro after a misunderstanding with a villager.