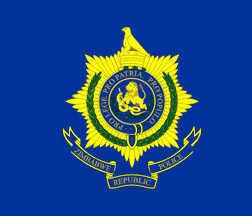 Mahoko’s call came after a robbery in Kwekwe where four machete-wielding gangsters gained entry into a bar on Sunday before stealing cash, beer and cellphones.

BY STEPHEN CHADENGA MIDLANDS police have advised businesses to tighten security at their premises following a surge in robberies.

Mahoko’s call came after a robbery in Kwekwe where four machete-wielding gangsters gained entry into a bar on Sunday before stealing cash, beer and cellphones.

“The incident occurred on June 19 at round 2am at Kwekwe Corner Store bar in Mbizo 1 Extension,” Mahoko said.

“A 30-year-old woman was sleeping in her room at the business premises when a four-man gang forced entry into her room. While inside, they produced machetes and held the woman by the neck and demanded money. They went on to ransack the room and robbed the complainant of US$140 and two cellphones.”

Mahoko said the robbers force-marched the victim into the bar where they stole various brands of liquor and cigarettes before disappearing into the night.

He said the total value of goods stolen was US$432 and nothing has been recovered yet.

“We strongly appeal to business people to put in place tight security systems at their premises like alarms, screens and security guards to safeguard their investments,” he said.

In recent months the province has witnessed disturbing cases of murder and robbery.