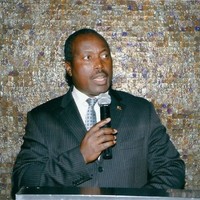 In a statement, the Zimbabwe Confederation of Public Sector Trade Unions said: “The employer requested time to consult their principals on the workers’ proposals and to properly interrogate the altered position brought about by the workers.”

BY MIRIAM MANGWAYA SALARY talks between government and its restive workers ended in a deadlock yesterday ahead of a full-blown strike action by health professionals and teachers beginning Monday.

It has emerged that civil servants rejected a 100% salary increase offered by government, which would have seen the lowest paid State employee earning $36 000, up from around $18 000.

“The meeting adjourned without any consensus and the parties will reconvene next week for further discussions. The situation is, however, not dire,” Wutawunashe told NewsDay Weekender.

In a statement, the Zimbabwe Confederation of Public Sector Trade Unions said: “The employer requested time to consult their principals on the workers’ proposals and to properly interrogate the altered position brought about by the workers.”

The development means the country faces a crippling civil service strike action from Monday after teachers and health workers gave notice that they would not be able to report for duty citing incapacitation.

On Thursday, nurses issued a notice to immediately down their tools.

In a letter dated June 17, 2022, directed to Health Service Board (HSB) chairperson Paulinus Sikhosana, the health workers said the employer had closed room for negotiations since 2021.

“Following our meeting on June 17, 2022 at Parirenyatwa Group of Hospitals, attended by the health worker association representatives, it was unanimously agreed that as the government health workers, represented by the health workers associations leaders, here undersigned, after having made numerous attempts to engage the employer with no success, do hereby notify your office of our state of incapacitation and the subsequent withdrawal of service the government health workers effective Monday June 20, 2022,” a letter by the Zimbabwe Health Apex Council read.

“The decision to withdraw our service is not taken lightly, but the workers are without means to execute their mandate.”

In another letter to the public, the health professionals wrote: “To date, we have written more than five letters over the last 14 months requesting meetings, to engage on how to improve the conditions of service and improve the moral of the healthcare workers. Yet to date, we’ve not had a single meeting with the Health Service Board in 14 months.

“Other civil servants have enjoyed the company of their minister but this is not the case with the health workers. As workers, there has not been a single meeting with the Minister of Health and Child Care (Vice-President Constantino Chiwenga) since his appointment. The Health Service Board chairperson has also been hostile to health workers and has repeatedly refused our calls to engage with him.”

HSB executive director Angelbert Mbengwa said he was aware of the letter, but referred the NewsDay Weekender back to Sikhosana for a comment.

“I have heard about the letter, but I have not considered it,” Mbengwa said.

“It is directed to Dr Sikhosana, so he is better placed to respond to your questions.”

Prices of basic goods and commodities have been skyrocketing as inflation also bites, topping 131% as of May up from 96% recorded in April.

National Employment Councils have since directed private sector employees to pay part salaries in US dollars to cushion workers against the vagaries of the harsh economic climate.

Critics have said the enduring economic crisis evokes memories of the 2008 hyper-inflationary era which resulted in the country dumping the Zimbabwe dollar.

President Emmerson Mnangagwa re-introduced the Zimbabwe dollar in 2019 after a decade of relative stability.